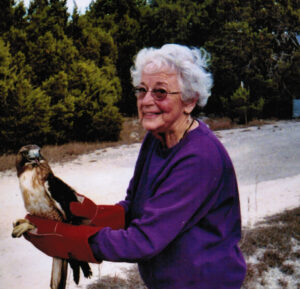 Dorothy (Lichty) Goldenfarb, 95, of Argyle, TX, formerly of Falls City, NE, died peacefully September 18, 2020. She was born in San Antonio, Texas, and adopted as an infant by Mrs. Pyrtle Gildersleeve and Capt. Foster Ambler, and after her mother’s untimely death at 38 when she was about two and a half, she was adopted again by Mrs. Amanda Gildersleeve and Guy C. Lichty of Falls City, Nebraska. She grew up in their home on Harlan Street and graduated from Falls City High School in 1942. Dorothy or “Dot” or “Dolle,” as she was sometimes fondly called, married her high school sweetheart, John Thompson, right after WWII and was stationed briefly in Tucson, AZ, where their first son, John (Thompson Ambler) was born (deceased 2007). The Thompsons returned to Falls City, where her daughter, Melodie (Thompson Somers), was born (currently in Somerset, NJ.) They were members of The First Brethren Church of Falls City, even after they later moved out of state.

Dorothy loved to swing dance and was an original Frank Sinatra swooner, as well as a fan of Placido Domingo and Willie Nelson in later years. Always musical, she was John’s accompanist in high school and went on to play piano, organ and to sing in choirs of several congregations throughout her life. There wasn’t a hymn she couldn’t play or with which she couldn’t harmonize. Dorothy also enjoyed playing piano at home with her pre-adolescent daughter, Melodie, singing or playing the violin, and her son, John, on drums.

Around 1949 the young Thompson family moved to North Kansas City, MO, where she worked as a teller and then as a secretary to the president of a local bank. She became leader of the Youth Fellowship at the Methodist Church and never missed a Sunday, five o’clock Youth meeting. While in NKC, she divorced and then married her second husband, Henry Schulz of Brainard, NE. In 1958, they relocated to Lincoln, NE, where she continued to do bank work but also enjoyed volunteering at the Lincoln Community Theatre as prop mistress. In 1963, after eleven years of marriage, they divorced, and she soon left for Wagoner, Oklahoma, for the birth of her third child and second son, Joseph Guy (Schulz Ambler Holden.) She changed her and her children’s name to Ambler in December of that year, followed by a brief marriage to Robert Price. She and son, Guy, relocated to Houston, TX, where Dorothy met her fourth husband and the “love of her life,” Len Goldenfarb and his three children, Eve, David and Rachel.

An avid animal lover and supporter of rescues all her life, Len supported her dream to go back to school in her late forties, where she became a handler on the cougar guard for Shasta, the mascot for the University of Houston. Len died in 1976, and in 1979, she moved with her son Joseph Guy to Warrensburg, MO, to be near her dear Aunt Susie Gilbert (b.1889- d.1973.) During those years in Missouri, while Guy was going to school, she worked and became involved in Unity Village, culminating in her buying a home in Lee’s Summit after a couple of years. When son, Guy, left the nest and transferred to Washington to finish school, she moved with several cats and dogs to Boerne, TX, to be near her close friend, Sarah Marie Reed, in the early ‘90s. She made many good friends while living in Ranger Creek in Boerne, where she became known as Sai. Her son, John, lived with her the last three years of his life, 2004-2007. Since 2015, she lived with her beloved son, Joseph Guy Holden, her daughter-in-law, Jamie, and grandsons, Nicholas and Will, in Argyle, TX, not far from where she began.

Always surrounded by her many rescued pets, she was a late-night reader, an early morning crossword puzzler and a Suduko-solver. In her eighties, even after she gave up on email letter writing, she had a passion for playing Spider Solitaire for hours at a time on her computer, but nothing held her interest as much as a good murder mystery on real paper even after her eyesight became challenged.

She was an attractive woman, young at heart and a dreamer, who had the ability to laugh at herself. She believed God would take care of her. And in spite of the bridges that might have been burnt along the way, she was loved by many in her travels… so it seems He did.