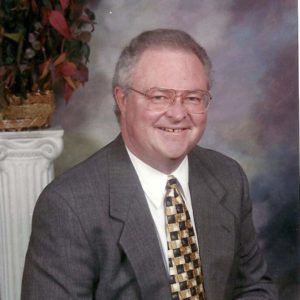 Gary Lee Fouraker lived a life of faith and was a wonderful family man, friend, and mentor to so many. He passed away peacefully with family at his side on January 17, 2020, at age 73 at Methodist Hospital in Omaha, Nebraska.

Gary was born on March 14, 1946, to Charles O. Fouraker and Margaret L. (Ellis) Fouraker and raised on a farm near Falls City. He later moved to Columbus and graduated from Columbus High School in 1964. After completing a computer science program at Nebraska Technical College in Milford, he also earned two degrees from the University of Nebraska-Lincoln–his Bachelor’s Degree in 1973 and his MBA in 1984. Gary taught electronic data processing at Nebraska Tech in 1968-1969 and spent thirty-three years at UNL (1969 to 2002) in various administrative positions. He first worked in the Bursar’s Office and then served as Associate Athletic Director for Business for 21 years.

Gary married Marilyn McGrew in 1967, and they had two children, Kari and Rob. After a divorce, he married Marcia (Johnson) Krafka in 2002. Gary was a devoted Husker fan and enjoyed golfing, fishing, reading, music, and travel. He especially loved his grandchildren-all 13 of them-and cherished time with them. He was an active member of the Presbyterian Church of Fremont, where he served several years as an elder and a deacon. He was also an active member of the Kiwanis Club of Fremont, holding the treasurer’s position. Honors he received include Distinguished Alumni Award from Southeast Community College-Milford and Special Merit Award from the Nebraska Football Hall of Fame. He was also recognized as a George Hixson Fellow by Kiwanis International.

Memorials may be directed to the Fremont Kiwanis Club or Fremont Presbyterian Church.

Condolences may be left at www.duganchapel.com.

Memorial service will be held Thursday, January 23, 2020, at 11 AM at Fremont Presbyterian Church.