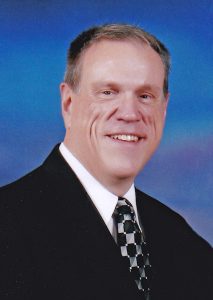 Dale was born on March 2, 1950 to Wesley and Evelyn (Scheitel) Gatz in Falls City, NE. The third of four boys, Dale grew up in a farm family with deep generational roots to its community.

Dale graduated from Falls City High School in 1968 and went on to receive a Bachelor of Education Degree from the University of Nebraska at Lincoln in 1972. He was recruited by Jefferson County, Colorado where he taught 6th grade at a number of Jeffco schools. Dale was a precise and meticulous teacher who guided his students with an assertive, yet fun manner.

He was well-liked by his fellow teachers and always had their professional well-being in mind. He had an innate sense of fairness and sought equitable resolutions to work-related disputes. His love of politics lead him to become an enthusiastic volunteer for Jeffco legislators that supported public education.

As a member of the Jefferson County Education Association (JCEA), Dale was actively involved in education politics at the local, state and national level. He was elected vice-president of JCEA and in 2000 became its president. Even after retiring in 2004, he worked countless hours to keep government officials informed on education issues. He contributed immeasurably to Colorado Education Association’s political action work and “to teachers and to the students they serve,” according to one legislator.

“I met Dale Gatz early in my legislative career. I always found him to be a delightful person to be with, even-tempered, with a good sense of humor, dedicated, and an all-around decent human being,” said Sen. Norma Anderson.

“What I know most about Dale is that he was a fierce advocate for public education, always fighting for kids and teachers to ensure they had the resources they needed to be successful,” said Jeffco Commissioner Lesley Dahlkemper. “His heart was huge. Dale has always been there to make sure people who care deeply about great public schools get elected to office.”

Dale met his life partner, Anton Delgado, in 1987 and they wed at The Sea Ranch, CA in 2014. Together they built a comfortable life in Denver, where Dale pursued his interests in genealogy, gardening and baking. “Dale was a teacher to the very end,” said Anton. “He taught our neighbor boys how to plant a tree, level a sidewalk, identify weeds; he also shared farm stories and of course Nebraska sports. Mostly he taught them to share their lives with a couple of old guys.”

He was preceded in death by his parents and his brother Wayne (Sherry) Gatz.

He is survived by his brothers Larry (Vickie) Gatz and Glenn (Rodney) Gatz and multiple nephews, nieces and their children, as well as so many more relatives in the community.

A celebration of Dale’s life will be held at Mile Hi Church (Vogt Auditorium) 9077 W. Alameda Ave, Lakewood, CO 80226 on Thursday, May 26th at 11AM. Interment will be in a private ceremony in the Zion United Church of Christ Cemetery at a later date.

In lieu of flowers, Anton and Dale ask that you make a tax-deductible donation in his memory to The Falls City Library, 1400 Stone Street, Falls City, NE 68355.