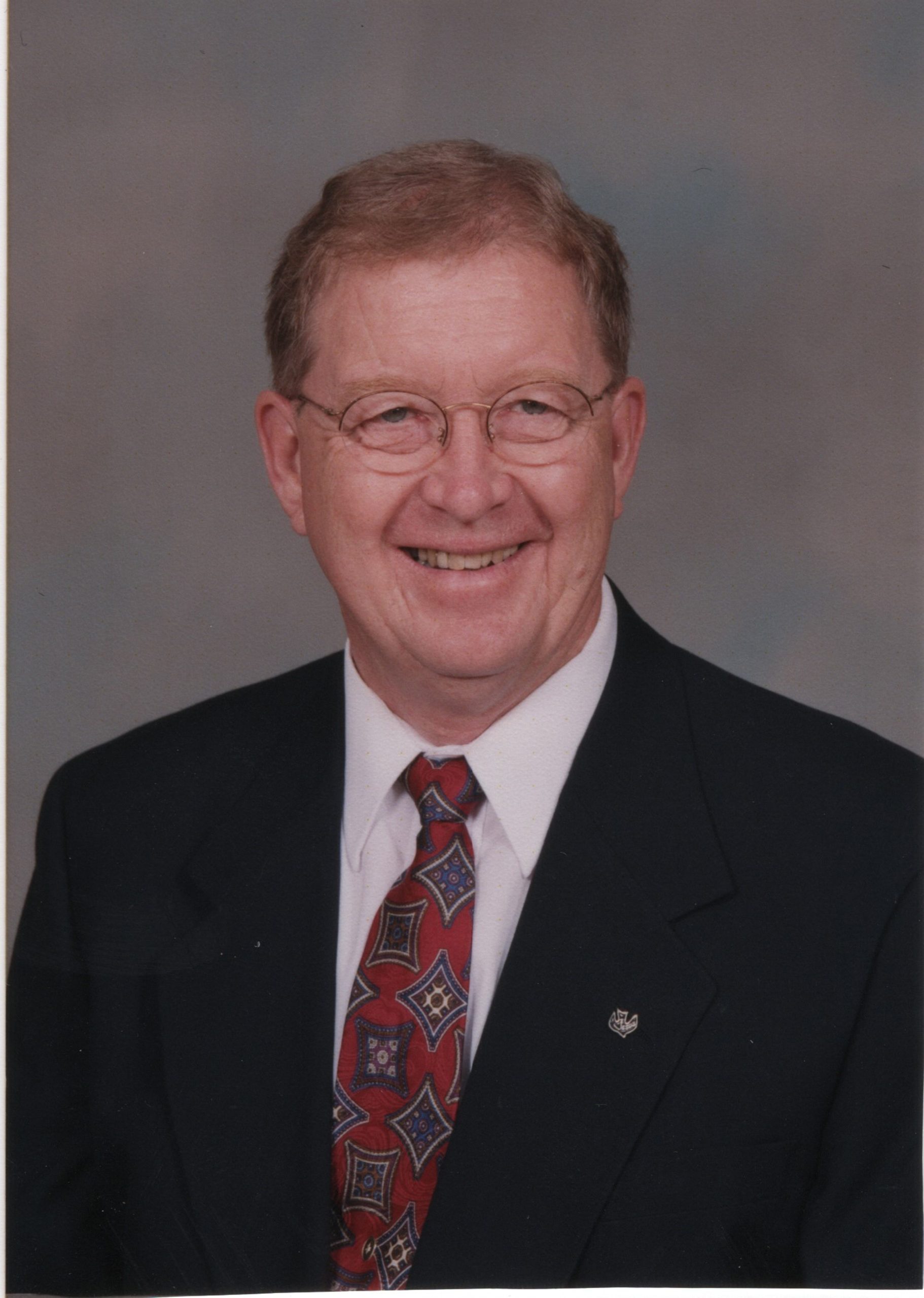 He married Elaine Hinton on August 21, 1961 at Christ Lutheran Church in Falls City.

While Ron was born in Falls City, his family spent his grade school years in the Puget Sound area. Ron graduated from Falls City High School in 1955. Following graduation, he worked for his uncle Merly Faller, then was a manager at Hinky Dinky before following brother Hank in 1961 to Armbruster Motor Company.  The longtime service manager for the Chrysler/GM dealer retired in 2005. He then began working at Dorr and Clark Funeral Home, retiring for the second time in 2015.

As a young man, Ron loved racing anything with wheels. He won trophies on the go-kart track and the drag strip. He enjoyed dirt bikes and long motorcycle rides.

An avid fan of the Royals, Chiefs, and Nebraska Cornhuskers, Ron attended many games with his family and watched the rest on TV. Ron and Hank logged thousands of miles rooting for Falls City Tiger athletic teams as a founding member of the Tiger Booster Club. With Hank, he coached baseball in the Falls City Summer Rec Junior Midgets over three decades.

Service to God, his country, and his fellow man was important to Ron. He was a member of Christ Lutheran Church, where he held many church positions, as well as branch president of AAL (now Thrivent). He served in the Nebraska National Guard, 134th Infantry Company B in Falls City. He donated many gallons of blood over the years to the American Red Cross.

Ron is survived by his wife, Elaine of Falls City, son, David and his wife Brenda of Topeka, brother, Hank and his wife Marcia of Falls City, grandchildren, Jacob and Olivia both of Topeka. He was preceded in death by his parents, sister, Helene Lawrence, and a son, Marc Paul in infancy.

His funeral will be held on Saturday, March 26, 2022 at 10:30 AM at Christ Lutheran Church with Reverend Daniel Gifford officiating. Cremation will follow and a family inurnment will be in Steele Cemetery.

The funeral will be live streamed on Dorr and Clark Funeral Home’s Facebook page: https://www.facebook.com/dorrandclarkfuneralhome

The family will receive friends on Friday from 7-8:00 PM at Dorr and Clark Funeral Home.