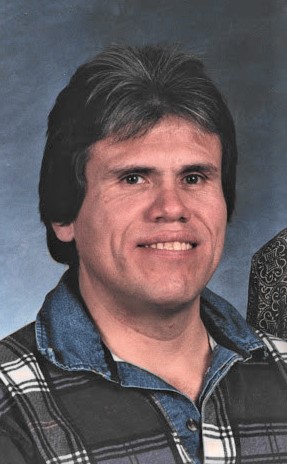 Kevin Clyde Richey, 59, of Falls City, Nebraska, passed away unexpectedly Friday morning, February 4, 2022, at University Medical Center in Omaha where he was admitted hours earlier.  He previously had been a resident at St. Joseph Towers in Omaha the last 5 months.

He was born June 20, 1962, at Box Butte County, Nebraska, and was adopted by Keith and Beverly Ann Barnes Richey and grew up in Falls City where he attended schools.

Kevin was a former member of the Falls City Christian Church.

In his later years, faith was very important to him by reading his Bible, listening and watching services on Sunday mornings.  Kevin liked to read and watch football especially the Minnesota Vikings, K.C. Chiefs, and Nebraska Huskers.

Kevin is survived by his sister BethAnne and her husband Paul Yoesel of Hiawatha, Uncle Kenneth Richey of Falls City, Nebraska, Aunt Connie and husband Roy Jimeson of Lincoln, Nebraska, and 12 first cousins.

Friends may call at Chapel Oaks Funeral Home Hiawatha after 10 a.m. Tuesday.  The family will meet with friends starting at 1 p.m. Wednesday, February 9, to go in procession to Hiawatha Cemetery for graveside services starting at 2 p.m.  Rich Lehmkuhl will officiate with interment to follow.

A special message or remembrance may be sent to www.chapeloaksfuneralhome.com