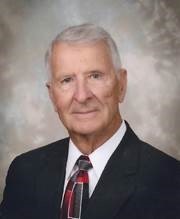 Mr. Delbert Duane Bowers, 87, of Harker Heights, TX passed away peacefully with his family and friends at his side Monday, Dec. 26, 2016 in a Harker Heights Hospital.

Mr. Bowers was born on Nov. 20, 1929 in Barada, the eldest child of Delbert L. and Daisy Kirkendall Bowers.
He grew up and was educated in Nebraska and was a graduate of the University of Nebraska in Omaha.

He entered the U.S. Army, where he served for 27 years, until his retirement in 1974 at the rank of CW4. After retirement, he had a second career as a funeral director. He and his business partner, William “Bill” Crawford, began Crawford-Bowers Funeral Home in Killeen in 1972 and Crawford-Bowers Funeral Home in Copperas Cove in 1988.
Through the years, Mr. Bowers touched many people’s lives in both communities. They sold the business in 1989 to Service Corporation International and he remained active as a consultant until the time of his passing. He always felt it was an honor to be able to serve the people in a time of their life when they needed it most.

Mr. Bowers was a long time active member of Skyline Baptist Church in Killeen. He enjoyed spending time with his family, working out at his place in Triple 7, playing golf and working at the funeral home.

Mr. Bowers was preceded in death by his parents.

Funeral services will be held at 11 a.m. Friday, Dec. 30, at Skyline Baptist Church in Killeen. Interments services will follow with full military honors in the Killeen City Cemetery.

For those who desire, memorial contributions may be made to Skyline Baptist Church, 906 Trimmier Rd., Killeen, TX 76541; or to Friends of Central Texas State Veterans Cemetery (for the wreaths), 100 W. CTE, Suite 302, Harker Heights, TX 76548 or online at www.wreathforvets.org