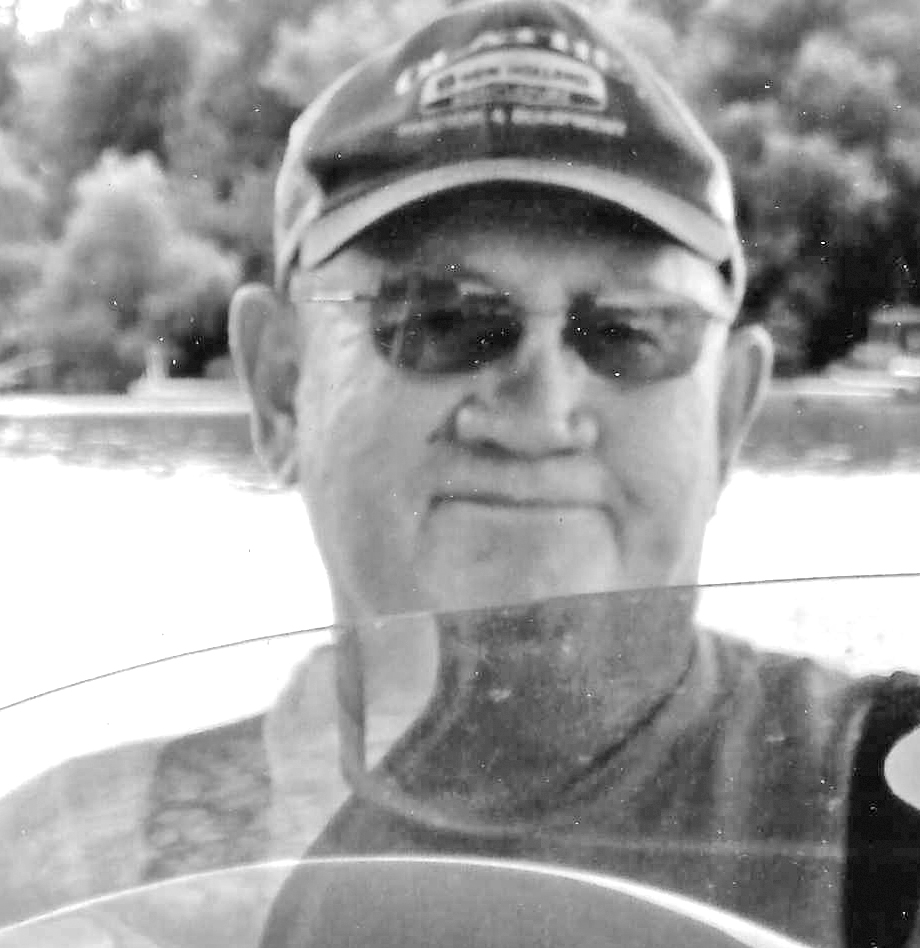 James Herman “Bud” Tiehen, 76, of Linn Valley, Kansas died on July 4, 2016 at his home following a courageous battle with pulmonary fibrosis.  James was born June 19, 1940 in Sabetha, to George Herman and Eva (Boggess) Tiehen.
He graduated from Salem High School, with the class of 1959.  On March 26, 1960 he married Mary Ellen Fouraker in Topeka. James was an engineer, working for Southwestern Bell, Lucent, and as a contractor for the FAA. James and Mary lived in Lenexa for 28 years before moving to Linn Valley in 1999 where he became actively involved in the community. James never knew a stranger and greatly enjoyed visiting with those in the community and especially his coffee club friends. He could almost always be found outside where he enjoyed doing yard work, boating, or taking kids for hay rides around Linn Valley. His greatest joys in life were spending time with his grandkids and his dog, Endo.
He was preceded in death by his parents; one brother, Kenneth Timberlake; and a special uncle and aunt who were like another set of parents, Merl and Maxine Boggess.
Survivors include his wife, Mary, of the home; three daughters, Dawn (Edward) Wake, Olathe, KS, Deborah (Matt) Smith, Ozark, MO, and Cynthia (Oliver) Rokoff, Portland, OR; sister, Aminda (Walter) Seagrave; and sister-in-law, Karen Timberlake all of Tucson, AZ; seven grandchildren, Josh, Erin, Justin, Lindsey, Jamie, Lyla, and Sylvie; four great-grandchildren, Kameron, Quinn, Jackson, and Roman; and an extra special cousin with whom he was raised, Carl “Pete” Larsen, Auburn.
Services will be at 11:00 a.m. on Friday, July 8, 2016 at Linn Valley Community Church. Burial will follow in Pleasant Valley Cemetery, 9501 W. 159th Street, Overland Park, KS.  The family will receive friends at the church from 5:00 to 7:00 pm on Thursday, July 7. The family suggests contributions to the donor’s choice.  Donations may be sent in care of Schneider Funeral Home, PO Box 304, La Cygne, KS 66040.  Arrangements:  Schneider Funeral Home, La Cygne Chapel.