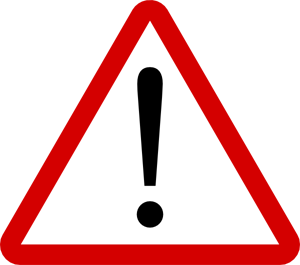 Water tests collected on June 27 have confirmed that toxic algae levels at both Kirkman’s Cove Recreation Area near Humboldt and Iron Horse Trail Lake northwest of DuBois have exceeded limits set for safe contact with the water. Therefore, both lakes have been placed on “Health Alert Status”, which means the swimming beaches are closed effective immediately; and all body contact activities including swimming, wading, and water skiing are restricted.
Nemaha NRD officials report that the recreation areas remain open, and all other usual activities such as boating, picnicking, camping, and hiking are permitted. Fishing is still allowed, though anglers are encouraged to practice “catch and release” as the toxins could be present in the liver, intestines, and pancreas of fish.
Visitors to the parks are cautioned not to ingest or make contact with the water and to particularly make sure children and pets do not come into contact with the water. Most of the risk associated with this form of algae is limited to skin irritations; however, gastrointestinal illness and liver disease could result from ingestion of the water.
Signs have been posted at the lakes informing visitors of the water restrictions, which will remain in effect until further notice. Because of the high readings, the beaches must remain closed until results drop below safety limits for two consecutive weeks. NRD staff collect water samples each Monday, but test results are not available until the end of the week.
NRD personnel monitors the waters at all of its public recreation areas weekly and, if necessary, will issue alerts via local news media and the Nemaha NRD’s website, www.nemahanrd.org and on our Facebook page. In addition, the District maintains a message on its voicemail system for those checking on the lakes’ status after business hours. Lake visitors should note, however, that the levels of toxic algae can change dramatically in a short period of time. Therefore, if you observe toxic algae, which resembles bright green paint on the lake surface, avoid contact with the water.
For more information on toxic blue-green algae or to view the status of lakes sampled in Nebraska, click on the “Environmental Alerts” link on the Nebraska Department of Environmental Quality’s web site: www.deq.ne.gov; or contact the Nemaha NRD in Tecumseh at (402) 335-3325.
What is Toxic Algae? Although toxic algae is technically is not a true algae what is commonly referred to as refers to certain strains of that produce toxins. These toxins have been found in a number of Nebraska lakes since sampling began in 2004.
Toxic algae can dominate the algal population of a lake under the right combinations of water temperature, cloud cover, low water depths, and (such as, the nitrogen and phosphorus from wastewater discharges and runoff from agricultural land and communities.)