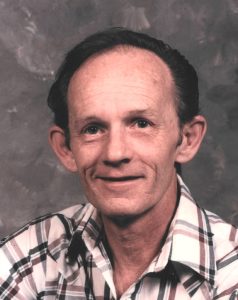 Stephen D. Brown, was born December 6, 1946 in Abilene, Kansas, the third of four brothers born to Harold O. and Geneva L. (Martin) Brown.  Steve was a longtime Robinson resident, passed away unexpectedly at his home January 6, 2023 at the age of 76.

Memorial services for Steve are planned for 11 a.m. February 4, 2023, at the First Baptist Church in Hiawatha.  Military honors will be a courtesy of the Brown County Veterans Honor Guard.   Inurnment will be held in the spring at the Veterans National Cemetery, Leavenworth.

Following the service, everyone is invited to join the family to continue to celebrate Steve’s life with remembrances and a catered meal.

Steve is survived by his two sons:  Jason Brown, Jared Brown, both of Hiawatha; grandchildren and great-grandchildren; a brother Martin Brown (Kay) of Omaha, Nebraska, an aunt, and several cousins.  Also surviving is a step-daughter Jona Seaman from his marriage to Carol (Hayes).

Steve graduated from Robinson High School and joined the 2nd BN 130th FA, KSARNG of Hiawatha and deployed with the unit to serve in Vietnam.  He was attached to the 1/5 Air Cavalry and served as a speed radio operator, discharged at the rank of SP4.  Upon returning to the area from the service in 1969, Steve worked for Wilde Tool Company a few years.

He married Carol (Hayes) Brown in 1970 and starting working for Wonder Bread.  In 1974 they had their first child Jason, and in 1978, had their second child Jared.

Steve cared deeply about family, veteran’s organizations, his community, and people in general.  Anyone that knew him knows that he never met a stranger.  He always had time to talk and listen to anyone.  He was always willing to lend a hand if needed.  But always with a quote—“The Helping Hand You’re Looking For, Is at the end of Your Own Arm.”

Memorial contributions are suggested to the Brown County Veterans Honor Guard or to Wounded Warriors, which may be sent in care of the Chapel Oaks Funeral Home, 124 S 7th St., 66434.

Friends may call Thursday and Friday at the funeral home during office hours to sign register book.