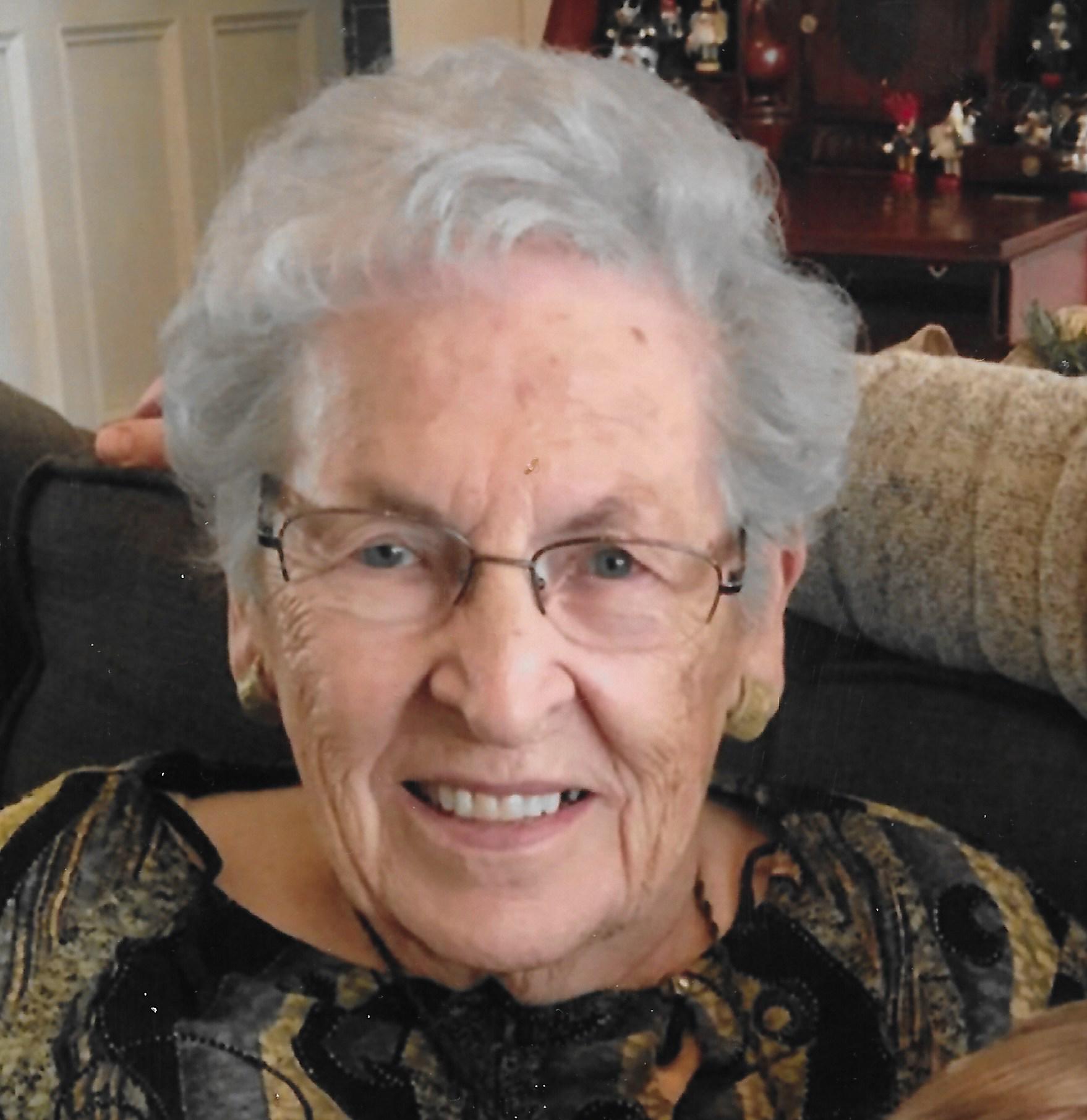 Violet Katherine (Kottich) Heim, 94, of rural Dawson, Nebraska was born on April 4, 1927 in rural Falls City, Nebraska to Walter Sr. and Emma (Scheitel) Kottich.  She attended Sunny Hill country school before graduating from Falls City High School with the class of 1944.  After graduation, Violet continued her education at Platte Guard Business School in St. Joseph, Missouri.  She then worked for Western Tablet and Stationery in St. Joseph and the Richardson County Bank in Falls City.  On August 28, 1949, Violet was united in marriage to Lowell Heim at the Zion United Church of Christ northeast of Falls City, Nebraska.  To this union, three children, Joseph, Charles and Ann were born.  The couple made their home and raised their family on a farm near Dawson where they together operated a Grade A Dairy for 46 years.  Violet was a member of the Dawson United Methodist Church and later the United Methodist Church in Humboldt.

Violet went to be with her Lord and Savior on Wednesday, February 23, 2022, at her home in rural Dawson, Nebraska having reached the earthly age of ninety-four years, ten months and nineteen days.  She was preceded in death by her parents, brothers: Walter (Mildred) Kottich Jr., Sterling Kottich, Virgil (Jan) Kottich and Charles Kottich.

Funeral Services were held at 2:00 p.m. on Saturday, February 26, 2022, at the United Methodist Church in Humboldt, Nebraska with Pastor Dorothy Smith officiating.

Memorial contributions may be given to the Humboldt United Methodist Church, Pennsylvania Colony Historical Society or St. Mary’s Refurbishment Fund.

Messages of condolence can be left online at www.wherrymortuary.com