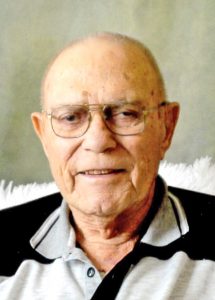 He graduated from Falls City High School, attended Nebraska Wesleyan, and the University of Nebraska, Lincoln, earning Bachelor’s and Master’s degrees. He served in the U.S. Army in Korea at the end of World War II and then returned to Lincoln to finish his education.  While at Wesleyan, he met and married Alice Ann Conger of Loup City on August 7, 1949.

The Kniselys moved to Beatrice in December 1952, where Jim began his career with the Beatrice Concrete Company. During his 46 years at Beatrice Concrete, he rose from dispatcher to General Manager, Vice President, and part-owner of the company. Jim and Sandy were active members of Centenary United Methodist Church of Beatrice, where he served as a member of the Board of Trustees. He was also active in local service clubs, including Jaycees, Elks, and Lions Club. He served several years on the Board of Blue Valley Mental Health and was a past President of the Nebraska Sand-Gravel-Ready-Mix Association. Jim was an avid golfer, a founding member of Hidden Acres, and enjoyed many rounds at the Beatrice Country Club. In 1998, Jim and Sandy retired to Bella Vista, Arkansas. While in Bella Vista, Jim continued to pursue his love of golf but also found time to volunteer at the Northwest Arkansas Children’s Shelter. Jim and Sandy returned to Nebraska in 2015.

A Celebration of Life is planned for Friday, June 18, 2021, at 2:00 P.M. at the Fox Funeral Home of Beatrice with Chaplain Sharon Schuster officiating.

In lieu of flowers, please make a donation in his name to Beatrice Public Library or Beatrice Community Players.  www.foxfuneralhome.net Fox Funeral Home and Cremation Services are in charge of the arrangements.