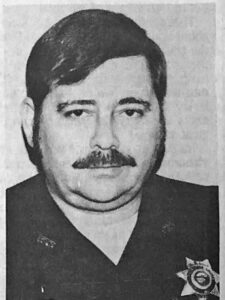 Charlie was raised at Verdon and attended St. Mary’s Elementary School and Dawson-Verdon High School. Following his schooling he worked for Kean Brothers on their farm and for the Dawson Grain Elevator. He then attended law enforcement school. He worked in law enforcement as a police officer, sheriff, deputy sheriff and as a correctional officer until retiring in 2013. Following his retirement, he drove a bus for HTRS schools from 2013 until 2018. He had previously served his country as a member of the United States Army National Guard and was a member of the American Legion at Humboldt, NE.

A memorial service will be held on Tuesday, April 6, 2021 at 2:00 PM at Dorr and Clark Funeral Home. Family inurnment service will take place before the service at Falls City Catholic Cemetery. Military graveside honors by Falls City Ceremonial Honor Guard.

The family prefers memorials be made to family choice for later designation.