Edwin Lee Collins, 74, of Maryville, Missouri passed away on Wednesday, December 4, 2019 at the Village Care Center in Maryville.

Edwin was born on December 20, 1944 in Maryville, Missouri to Edward L. and Virginia (Whitehead) Collins. He was a 1963 graduate of the Maryville High School. Edwin served in the United States Air Force and worked as a butcher 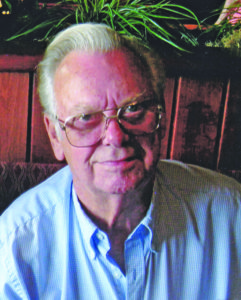 and meat cutter. He was a member of the Barnard American Legion Post #102.

He married Margie McCormick on June 11, 1997 in Hiawatha, Kansas. She preceded him in death. He was also preceded by his parents and brother Michael Collins.

Mr. Collins has been cremated under the care of Price Funeral Home, Maryville, Missouri. There will be no visitation or services held. Online condolences can be made to the family at www.pricefuneralhomemaryville.com.