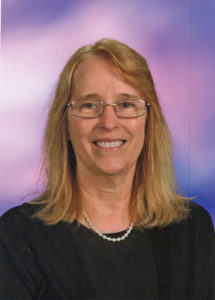 Dixie was raised at Hot Springs and graduated Hot Springs High School in 1976. She then attended the University of South Dakota. The couple moved to Falls City in 1978. She worked various jobs in Falls City, including the Falls City Clothing Store, until returning to college to get her teaching degree. She was a long-time teacher at Hiawatha Middle School. She was a member of St. Paul’s Evangelical Lutheran Church (20th and Towle St.) and also the NEA.

She was preceded in death by her parents.

A memorial service was held on Friday, December 6, 2019, at 10:30 AM at St. Paul’s Evangelical Lutheran Church (20th and Towle) with Reverend Andrew Chavanak officiating. Inurnment was in  Fricke Cemetery.

The family received friends on Thursday from 7-8:00 PM at Dorr and Clark Funeral Home.

In lieu of flowers, the family prefers memorials be made to Falls City Library and Arts Center.