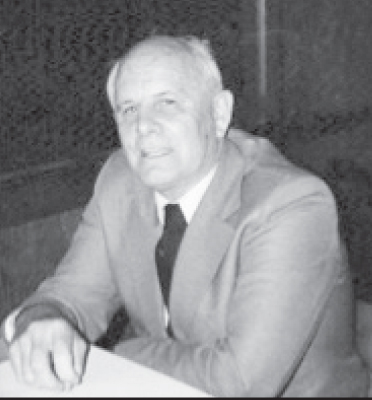 Thomas Asa ‘Tom’ McGinnis, 91, of Falls City, passed away on Sunday, May 7, 2017 at Falls City Nursing and Rehabilitation Cent

er. The son of the late Ernest A. and Anna Marie (Adams) McGinnis, he was born April 15, 1926 near Dawson.
Tom was raised on a farm outside Dawson. He attended St. Mary’s school there, leaving early to help his parents with the family farm.
Tom served his country in both World War II and the Korean conflict.  He joined the Navy and was assigned to a fuel tanker in each tour; the last on the USS Severn AO61.
On Nov. 14, 1953 he was married to Lois Rosanne ‘Anne’ Stroud in Forest City, MO, at St. Patrick’s Catholic Church. Tom and Anne moved to Falls City in 1956.
Mr. McGinnis had worked a variety of jobs prior to his move to Falls City. He had farmed in Missouri and as far away as Minnesota. He worked for Schoonover’s in Mound City, MO, prior to joining Firestone. After 33 years of service, Tom retired June 1, 1989. The following Monday, he began a new career with Armbruster Motors.
He is survived by a sister, Margaret Weagel; his brothers, Carl and Mike McGinnis; children, Tom Rose, Kevin McGinnis, Theresa Wagner and Susan McGinnis Budelis; grandchildren, Anthony and James Thomas Rose, Aaron and Celia McGinnis, Erik Gray and Brooks Budelis; three great grandchildren; and numerous nieces and nephews.
A Mass of Christian Burial will be held at 10:30 a.m. Saturday, May 13, 2017 at Sts. Peter and Paul Catholic Church, with Fr. Thomas Dunavan as the presiding priest. Interment will be at Falls City Catholic Cemetery.Military graveside honors by Falls City Ceremonial Honor Guard.
A Parish Rosary will be recited at 7 p.m. Friday, May 12, at Dorr and Clark Funeral Home, Falls City. The family will receive friends following the rosary at the funeral home. In lieu of flowers, please make gifts to Sacred Heart 125 Project, the Endowment or Godparents Scholarship Program.