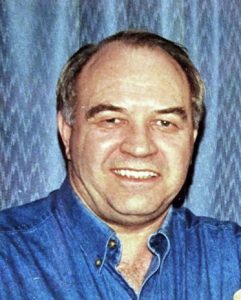 John David Svoboda, age 80, of Lincoln, Nebraska passed away on Monday, October 10, 2022. He was born on October 1, 1942 in Albion, Nebraska to Frank Jr. and Mae Svoboda.
John grew up in Albion, Nebraska where he graduated from Albion High School and University of Nebraska-Lincoln. He received his Bachelor’s and Master’s Degree in Music Education. John  taught middle school and high school band for over 40 years. Started in Shelby then moved to Stanton. Followed by Central City and finished his career in Falls City where he taught for almost 30 years and touched countless lives.
He met the love of his life, Connie, on a blind date in Omaha. They were married in 1964 and had 2 sons. John was a beloved husband, dedicated dad and grandpa. An avid outdoorsman he loved to go camping in the early years, go fishing and hunting. Golfing was a treasured pastime that he shared with his sons. John was the ultimate Cornhusker and Packers fan, attending well over 200 Husker games with his boys and enjoying many more from home. Not only was he a concert pianist but could play and teach any instrument.
John was a patient man who always wore a smile. He loved to laugh and had a great wit. He was one in a million with kind, respectful words and generous nature to everyone. He was a faithful believer in God and showed it in how he raised his family and treated others.
He is survived by his loving wife of 58 years, Connie Svoboda; sons: Mark Svoboda and his wife, Shannon, Grant Svoboda and his wife, Sandra; grandchildren: Cameron Svoboda, Madi Svoboda, Lillian Svoboda; siblings: Janice Medcalf, Joan Ellingson.