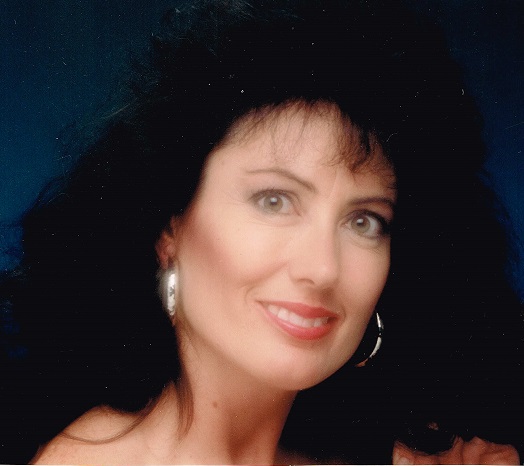 Vickie D. Schmid, 61, of Littleton, CO, passed away April 6, 2017 after a courageous battle with cancer. Vickie was born June 13, 1955 in Humboldt, the daughter of Dallas and Beverly Joan (Kirkendall) Jaros.
They lived on the Miles Ranch farm southwest of Dawson. The family then moved to Texas, where Dallas worked in the oil fields for a brief period. They then returned to Falls City where Vickie spent her childhood, went to school, and married.
She had a son, Dallas Benjamin, in June 1976. On May 25, 1982 she married Robert Schmid at Four Mile Church in Humboldt. A daughter, Rhiannon Nicole was born on Sept. 1983. The family lived on the family farm until 1985 when they moved to Topeka where Vickie worked in a Grocery store deli, and later started her own cleaning business in Topeka. In 1988 they moved to Denver, CO, where the family resides currently. Vickie has owned her own cleaning business in Denver for over 28 years.
Vickie was a loving, caring wife, mother, grandmother, and daughter who took tremendous joy in her family, especially her grandchildren. Vickie enjoyed the beach, ocean, outdoors, friends and family.
She was especially fond of Clearwater Beach, FL, along with Maui Hawaii, both of which we tried to visit often. The last vacation she was able to go on was to Maui and Kauai, where she enjoyed sharing the time with family, enjoying the beaches, ocean, and tropical environment. Vickie also had an ongoing love affair with panda bears, and accumulated quite a collection.
Later she moved on to beach and ocean memorabilia, many of which she enjoyed visiting. Among her other interest was music. Vickie started out with Rock and Roll, but after listening to new country music, her listening favorites changed. She was an avid Kenny Chesney fan, and attended as many of his concerts as possible. She never missed a performance when he was within 700 miles. I am sure she now has a front row seat for his concerts.
Vickie is survived by her Husband, Robert Schmid; Daughter, Rhiannon (Brian) Jackson; Son, Dallas Butrick; Father, Dallas Jaros; Mother, Joan Jaros; Four Grandchildren, Zachary Jackson, Jacob Jackson, Maci Jackson, Mackenzie Jackson; Sister, Judie (Steve) Sayer; Brother, Ed (Deb) Jaros, Foster daughter Brigette (Levi) Knudsen, and children Haleigh Knudsen, Kylynn Knudsen, Kiernan Knudsen,
We will not tell you goodbye. We will simply say ‘Good Journey’. Live the journey, for every destination is but a doorway to another. Vickie Schmid-Good Journey. You will truly be missed!
Services and Inurnment are scheduled at Four Mile Church and Cemetery in Humboldt, April 22, at 10:30 AM. A reception will be scheduled after the services.
Memorial contributions may be made to the family.