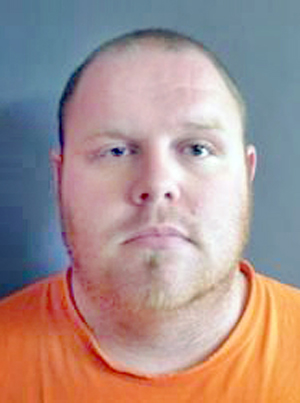 Former Richardson County Sheriff’s Deputy Josh Nincehelser was sentenced in District Court to three years probation and 180 days of community service on Tuesday, Jan. 20 for staging a shooting in June of 2014.

According to the Lincoln Journal Star, Richardson County District Judge Daniel Bryan Jr. seemed confused that prosecutors did not ask for jail time as part of a plea agreement, noting that that the terms of a plea agreement — probation and community service – would apply to any victim.

“Is the state lying over on this one? Asked Judge Bryan.

Assistant Attorney General Kale Burdick who served as special prosecutor in the case and did not answer the question in court.

Attorney General Doug Peterson, later issued this statement to the Lincoln Journal Star: “This was a unique case factually and it is not uncommon with unique cases like this one for prosecutors to not make recommendations in sentencing, leaving it to the discretion of the judge. Ultimately, the judge’s decision was to not impose incarceration and this result was likely regardless of any recommendation made by the prosecutor.”

Though restitution was not sought in this case, Nincehelser’s attorney, Bruce Dalluge, said he had placed $2,250 in a trust fund to be distributed to the sheriff’s office or some other county agency.

Judge Bryan addressed Nincehelser in court saying, “You probably deserve more pity than anything else.” Bryan said Nincehelser used extremely bad judgement and his actions were costly to the law enforcement agencies.

Addressing Nincehelser, Bryan asked “Were you mad at somebody?”

Continuing, Judge Bryan said “It takes a lot to shoot yourself, how long did you think about it?

“I didn’t think about it. That was the problem,” replied Nincehelser.

Bryan also asked why he described his nonexistent assailant as Hispanic, asking Nincehelser “Is this a hate issue?”

Bryan speculated that Nincehelser might have said his assailant was Hispanic to use a language barrier as an excuse for the incident.

Dalluge, Attorney for Nincehelser said his client was under a lot of stress at the time “Maybe he was never made to be a law enforcement officer,” adding Nincehelser now has a new job and is trying to rebuild his life.

Judge Bryan said stress didn’t excuse what Nincehelser had done. “I was hoping you had some real psychological problems,” he said. “I don’t really see you having any mental problems.”

Nincehelser was charged for reporting to dispatchers on June 9 that he had been shot by an unidentified man when he stopped his patrol vehicle to see if a motorist parked on a county road needed assistance. Following the investigation by the Nebraska State Patrol in cooperation with the Richardson County Sheriff’s Office, the 25-year-old deputy admitted to shooting himself in the arm and firing several shots into his patrol pickup, admitting there was no stranded motorist.