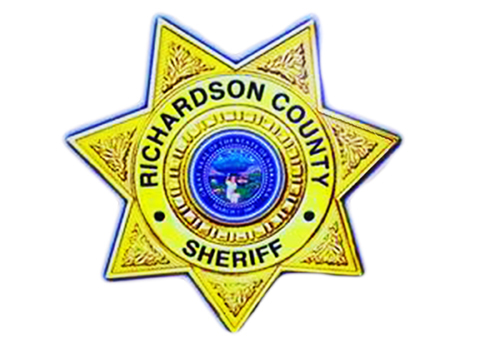 Charges of driving under suspension and possession of drug paraphernalia against a 23-year-old Shubert man were dropped by the Richardson County Attorney’s Office last week, as the arrest was made by former Sheriff’s Deputy Josh Nincehelser.
In the early hours of May 27, Nincehelser stopped a vehicle driven by Jacob W. Bennett on 709 Trail near Straussville because “the ball hitch on the bumper was obstructing the view of the license plate,” according to the arrest report written by Nincehelser. During the subsequent search of Bennett’s vehicle, Nincehelser allegedly found a glass pipe under a seat in the vehicle.
Two weeks later, on June 9, Nincehelser reported to dispatchers that he’d been shot while on duty by an unknown person on a county road near Dawson. He later admitted to staging the story and shooting himself in the arm. On Aug. 19 in District Court he entered pleas of not guilty to felony criminal mischief and misdemeanor charges of false reporting, official misconduct and obstructing government operations. A jury trial has been scheduled for Oct. 22 and Nincehelser, 25, remains free on bond.
The charges against Bennett were dismissed “with prejudice,” which means he cannot be retried. It is the equivalent to a finding of not guilty.