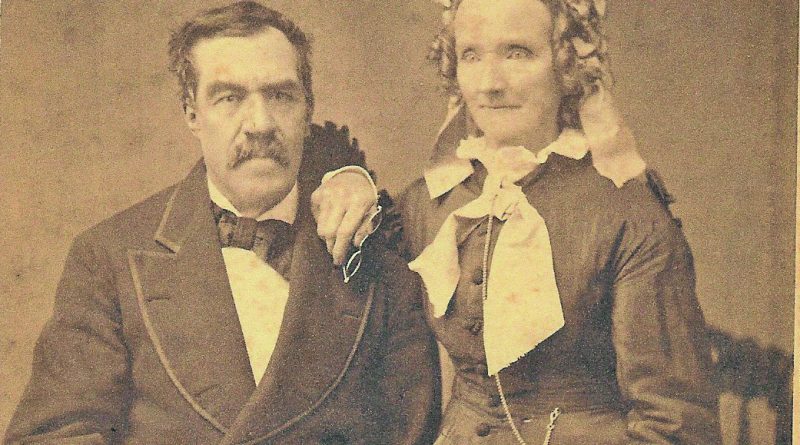 In September, the site of the Dorrington house and barn in Falls City was added to the National Parks Service’s National Underground Railroad Network to Freedom registry, making it only the second location in Nebraska officially designated as a site of Underground Railroad activity and the only location west of the Mississippi River added to the program’s registry last year.

To receive the designation, the Network to Freedom program staff demanded irrefutable, heavily-sourced evidence compiled into a lengthy application.

On Thursday at 5:30 p.m. at the Falls City Library and Arts Center, author and journalist Robert Nelson will retell the “History-Detectives”-like story of how a team of volunteers compiled and presented the evidence needed to successfully honor the heroic efforts of two of Falls City’s founders, abolitionists David and Ann Dorrington, who sheltered countless freedom seekers who made the harrowing journey north to escape slavery and the bounty hunters paid to return them south dead or alive.

In the process of researching for the application, new sources were discovered in archives in Kansas, Nebraska, and Iowa that illuminated a lost story of the crucial role the town’s earliest inhabitants played in ensuring that territorial Kansas and Nebraska would be entered into the United States free of the institution of slavery.

“I was terribly naïve in thinking the application process would be easy,” said Nelson, a Falls City native and former World-Herald reporter and columnist who researched and wrote the NTF application with the help of David Kentopp and the staffs of the Network to Freedom program and the Kansas and Nebraska historical societies. “But pretty early in, we realized we were missing key details to definitively prove the story to demanding academic standards of the Network to Freedom’s vetting committee.

“The whole process was a colossal pain, but absolutely worth it,” he said. “Ultimately it was a fascinating journey to prove and expand upon a remarkable story of courage and grit. All of Falls City’s early history as a bulwark against the slave powers is unlike that of any other place in the region. It’s a wild, inspiring, pretty-dang epic tale and it’s a joy to have an opportunity to bring it to a wider audience.”