Mr. Nutzman was born on December 23, 1937, in Falls City, Nebraska and passed away on January 27, 2021, in Monroe, LA. He was preceded in death by his parents, John and Sophia Nutzman; brothers, Edwin Nutzman and LeRoy Nutzman; sister, Marceile Ankrom; and son, Terry Wayne Nutzman. 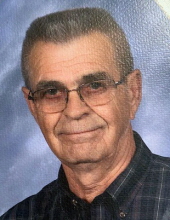 Glen grew up working on his family farm. He graduated from Falls City High School in 1955. Glen’s life work was as a signal supervisor on the Missouri Pacific Railroad and later the Union Pacific Railroad. He retired in 1988. Not being one who could stay retired he immediately started on his own railroad signal company. He remained involved in the company up until the time he died.

Glen loved to play softball and was a fantastic pitcher for both his work league and church league. He also enjoyed gardening and working in his yard. He always had the best-looking yard on the street. Glen loved all things outdoors including feeding all the birds and squirrels in his yard.

His children and grandchildren were the joys of his life. He attended as many of their events as possible. He loved playing cards with them and was known to aggravate them whenever possible.

Glen made his profession of faith in the early 2000’s and was confident in his salvation. He was an amazing husband, father, and grandfather. His memory will be cherished by his family and friends.

Memorials may be made to St. Jude’s Children’s Research Hospital, the Samaritans Purse, the Salvation Army, or to North Monroe Baptist Church.