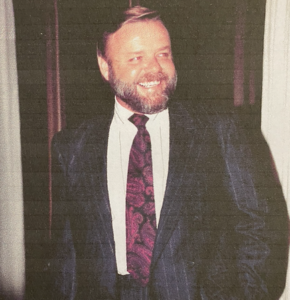 He married Pamala (Wright) Moore in 1991 at Jamestown, CA. They lived in California before moving to Florida in 2000 and then to

Falls City in 2003. At that time Mike had already retired from IBM, with a 30-year career. With Pam having family here in Falls City they decided this would be a wonderful place to live.

During the 17 years of living in Falls City, Mike became active with the City Council and worked on many projects. The dog Park was his most favorite project. Mike also worked at the Spirit Shoppe for several years.

Mike loved to read, which meant that the Library became his most favorite place to visit. His other favorite things to do were to walk the dogs, BBQ and have a Happy Hour get together with the friends he most enjoyed being with.

Mike will be cremated and returned to California as his final resting place.