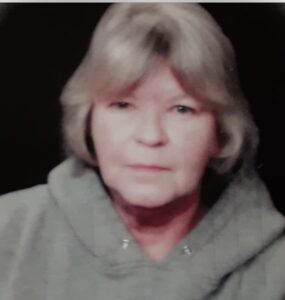 Nancy was born on June 9, 1944, in Falls City. She was raised in Falls City and graduated with the Class of 1962.  She was responsible for forming the first Falls City High Pep Club.  She was a lifeguard at the Falls City Pool.  Nancy, at one time, lived in New York City.

Nancy worked for the Falls City Bakery with her sister-in-law Karol Campbell. She moved to Lincoln and worked as a secretary for the Municipal Court Probation Office. Nancy relocated to Phoenix, AZ, where she started her own very successful catering food truck business.  She eventually returned to Lincoln to be closer to family and began working at Centurion International as a plant supervisor.  She became an integral part of making Centurion one of the most successful manufacturing plants in Lincoln at the time.  She retired from Centurion and enjoyed spending time with her family, keeping up on Facebook and playing computer games.  She was a huge Husker fan and will surely be shouting “Go Big Red” from her new heavenly home.

She was proceeded in death by her mother Jean Ann (Phillips) Clark, brother Clayton Campbell and granddaughter Emily Ann Shepherd.

Nancy will be dearly missed by her family as well as her extended family and friends at her apartment complex, aka The Lincoln Manor Mafia. Nancy was known for her friendliness, being fair and her laugh that was contagious.  She was a loving mother, grandmother, sister and daughter.

At her request, there will be no service at this time. The family will hold a private service on the Kansas farm that she grew to love.