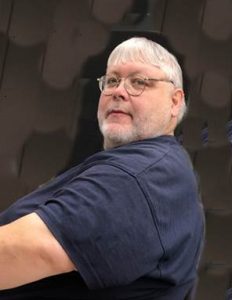 A memorial service will be held at 2:00 P.M. Saturday, May 23, 2020 at the Rush Family Chapel in Onawa, Iowa with Pastor Catie Newman officiating.  (Social distancing measures must be followed). Arrangements are under the direction of Rush Family Care Service, Onawa, Iowa.

Scott Lee Sawyer was born May 20, 1966, in St. Peter, Minnesota, the son of Kenneth Lee and Sharon Kay (Walton) Sawyer.   He grew up in and around the Fort Dodge area.  He graduated with honors from Twin Rivers High School in 1984, he played football and basketball in high school.  He received his AA Degree from Iowa Central Community College in Fort Dodge, Iowa and BA Degree of Business: Accounting from the University of Northern Iowa with honors in 1988.  He then obtained his Certified Public Accountant License and worked in healthcare his whole life.

Scott and Julia Lucile (Brass) were united into marriage November 3, 1991 in Humboldt, Iowa. They were married for 28 wonderful years.  To this union two children were born, Kristin and Aimee.

He worked as a Chief Financial Officer for 17 years at the Community Medical Center in Falls City, Nebraska.  He was a sports fanatic, watching all sports, collecting sports memorabilia, and followed every sport possible.  Scott especially loved spending time with all of his family and loved his career.

He was preceded in death by his father, Kenneth Lee Sawyer; a brother, Steven Sawyer, and maternal grandparents, Boyd and Edna (Allen) Walton.

Condolences may be left online for the family at www.rushfamilycareservice.com