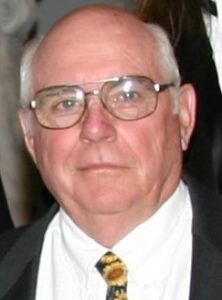 Dale Keith Moore, 84, of the rural Benedict area died Wednesday morning, October 30, 2019 at Bryan Memorial Hospital in Lincoln. He had struggled with heart disease since his first heart attack in 1980 but was largely successful at overcoming numerous challenges along the way, including life with an LVAD (Left Ventricle Assist Device) heart pump the past four years.

Dale was born on a farm northeast of Gresham on November 27, 1934 to Keith and Ruth (Goudy) Moore. They moved to the current family farm in 1940.  Dale attended Creswell country school and later graduated from Benedict High School in 1952. He served his country on weekends for several years as a mechanic in the Naval Air Reserve.

Dale married June Marie Fuss on Aug. 30, 1953 in York. The couple lived in York for six months before moving back to the family farm where they raised their three children, Cindy, Kurt and Scott. Dale and June were both very active in numerous volunteer positions.  Dale served for many years on the York County Fair Board, York County Corn Growers Board, York County Cattlemen’s Association, the York County Groundwater Board and the Benedict and Great Plains Coop Boards.  He received numerous honors and awards for his years of faithful service.

Together Dale and June loved following the activities of their children and grandchildren in 4-H, school, sports and music.  They especially enjoyed helping their son, Scott in his campaigns for Legislature, Secretary of State and US Senate.  With son Kurt helping to run the family farm, Dale and June thoroughly enjoyed having all four grandsons grow up living just across the driveway from them. Daughter Cindy was also not far away in her position as a school administrator near Omaha.  June passed away from ALS in 2005.

Dale was married to Darlene Merz on July 12, 2008 and they made many happy memories traveling together to scenic sites throughout the United States.  In recent years Dale and Darlene enjoyed attending country music festivals across the Midwest.  One of Dale’s favorite activities with his four grandsons was singing along with them as they played and sang cowboy songs that he loved. Dale was always very proud of his kids and grandkids.  He felt very honored in July of this year to be hosted as a special guest on the “Big Boy” steam train that was a project of his son Scott, in his position with Union Pacific Railroad.

He was preceded in death by his parents and wife, June.

Funeral services to celebrate Dale’s life are scheduled for 12:30 PM, Sunday, November 3, 2019 at Emmanuel Lutheran Church, York with the Reverends Mike Neidow and Ben Kaiser officiating.  Burial to follow at Cedar Lawn Cemetery, Gresham.  Visitation will be held from 1-8 pm, Saturday, November 2, with the family greeting friends between 6-8 PM that same evening at the mortuary in York. Memorials may be directed to the York County Ag Society.

Metz Mortuary, York is handling arrangements. Condolences may be left at www.metzmortuary.com