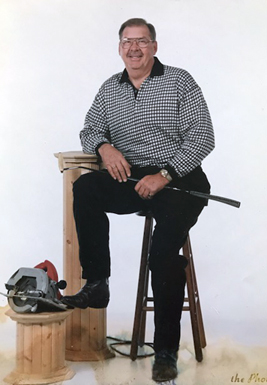 Gary was raised at Falls City and graduated from Falls City High School in 1961 as a member of the last undefeated Tiger football team. He enrolled at Midland Lutheran College, where he ran track and played football, graduating in 1966 with a degree in business. Following graduation he turned down a chance to play football in the NFL for more money working for Hormel in Fremont. He moved to Montana and operated a snow machine dealership, then worked for National Car Rental and then Justin Boots. He moved back to Falls City in 1987, where he worked as a self-employed contractor in residential and commercial construction. He retired in 2005. He enjoyed working with large machinery, hunting and the outdoors, as well as helping area farmers.

Gary was a member of St. Peter’s Lutheran Church, northeast of Falls City.