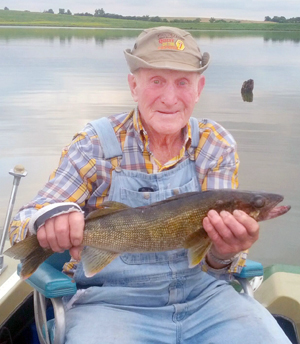 Bob was raised in the Garnett, KS, area and graduated from the Rantoul High School in 1948. Following high school he enlisted into the U.S. Army and was stationed in Alaska and Austria. Following four years of service, he met his wife in Camden Point, MO, and they established their home in rural Paola, KS, where Bob worked in the oil fields. In 1974 the family moved to Kansas City, where he worked for Kansas City Southern Railroad until retiring in 1985. Once retired, they moved to Arizona for five years until moving to Falls City in 1990. Bob enjoyed fishing and being outside helping neighbors with their yard work.

Bob was is preceded in death by his parents; wife; brother, Dean; and sister, Betty Jo Yackle.

A memorial service will be held at 2 p.m. Friday, Dec. 30, 2016 at Dorr and Clark Funeral Home, Falls City, with Pastor Daniel Farley officiating. Inurnment at Steele Cemetery, with military graveside honors presented by the Falls City Ceremonial Honor Guard. There will be no visitation.