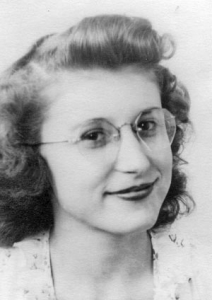 Janet Ethayle (Watkins) Taylor, 90 of Liberty, MO passed away at NorthCare Hospice House in North Kansas City, Missouri on November 20, 2022. She was born December 22, 1931 in Falls City, Nebraska to the late Ernest and Mable (Goolsby) Watkins.

She was married to Maurice D. Taylor on August 10, 1952 and the couple moved to Kansas City that same year.

She is survived by her husband of 70 years, their son Terry Taylor and daughter Jana (Taylor) Barnhart. She is also survived by five grandchildren, two great grandchildren and many beloved nieces and nephews.

She was preceded in death by her brother James Ernest Watkins.

A visitation (10am) and celebration of life (11am) will be held at Fairview Christian Church, 1800 NE 65th Street, Gladstone, MO 64118, on Saturday, December 3rd, 2022. A portion of her ashes will be committed to the earth in the Fairview Cemetery in Kearney, Missouri (12pm) and a luncheon will be hosted at the church immediately thereafter.

A portion of her ashes will also be committed to the earth at the Verdon Cemetery in Verdon, Nebraska at a later time.