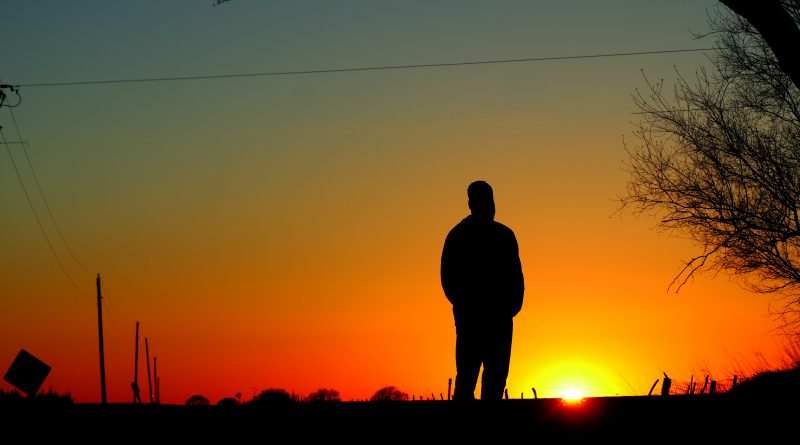 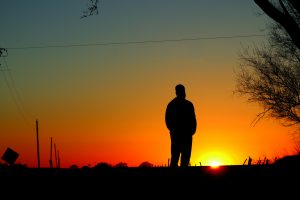 Story and photo by Nikki McKim

Former Falls City man Joshua Murphy has had a couple of highs but more lows in his life.

Last year Murphy decided to take all of those lows and turn them into something positive. Homeless and in jail,  Murphy got some advice and motivation in an unexpected place.

Before ending up in Richardson County jail, Murphy was living in Lincoln. He was drinking a lot and finding ways he could get drunk faster, easier and cheaper.

“I was ready to quit, but I didn’t know how,” said Murphy.

He had detoxed for a few days in Lincoln but had nowhere to go once he got out. So he was back on the streets.

“I was pretty hopeless. I had burned so many bridges due to poor decisions,” said Murphy.

He was able to get a ride back to Falls City, where he ended up getting arrested for assault.

While in jail, he was hoping he could use his time there to get sober. He had over 50 days to try, but every time he had tried before, he failed.

“Sheriff Hardesty pulled me out one day and let me clean all the offices, which was nice because when you’re back there, being in jail sucks,” said Murphy. We [Hardesty] got to talking and he was like, you don’t belong here. Why don’t you quit drinking and do something better for yourself?”

Murphy said he wanted to quit drinking for a long time but couldn’t grasp the concept. Hardesty told him something that he said: “seemed simple, but resonated.”

“I think about it every day,” said Murphy. “He told me, you got to wake up every day and have one more reason not to, than reason to [drink]. To most people, that might not mean anything, but when you struggle with alcohol and drugs, to me, that made a lot of sense. Some days are harder than others.”

“The whole thing is just kind of cool to me because he went out of his way to help me. He’s not just a Sheriff; he’s a good person,” said Murphy. “We started talking about my childhood and my past, like the reasons I drink. He was like, why don’t you start writing some of those feelings down? About the stuff that’s bothering you that you drink over. So that’s what I started doing. I started writing some poems and he’d come back and read them.”

Murphy said he started writing to Vicky Zoeller from jail and sent her a few of his poems. She told him they were good and said he should submit them to David Martin in Omaha. Martin is the President of Fine Lines, a book that’s published book that has featured the work of talented authors for nearly thirty years.

“I thought about it and I was like, I’m going to do it. The worst that can happen is they say no, said Murphy. “I kind of almost didn’t believe in myself, so People tell me that my writing and my poems are good, but I was like, maybe they’re just telling me that. You know? When someone tells you that something good, are they just telling you that because they are close to you or are they telling you that because it’s good. I submitted them and he accepted all six of them. For the subsequent five editions, I get to have a poem in Fine Lines.

This is an excerpt of one of his poems called “Rock Bottom.”

“But today, things feel much different,

as I’m an optimistic man.

I used to swim against the current,

I will not let my past define me; what’s done is done, no going back.

You know that place that’s kept me trapped.”

Murphy said he’s about to graduate from a Halfway House and living sober and making up for lost time with his children.

“I didn’t realize how much I was missing out on until I was able to step back and say, ‘Wow, I always thought I was a good dad,’ but in retrospect, I can look back and realize I wasn’t being a good parent. I don’t have to go back to that if I don’t choose to and that’s a good feeling.”

And, of course, he’s still writing.

“I’m defiantly going to continue to write because it’s an outlet. When no one else can listen, the paper can and it’s not judging me.”