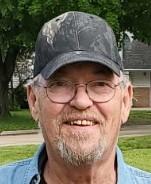 Alan E. Burr, 73 of Humboldt, Nebraska passed away January 13, 2021 from complications of COVID. Alan was born on October 12, 1947 in Tecumseh, NE to Orville and Margaret (Juilfs) Burr.

He grew up in Talmage, NE where he graduated from High School.  He attended Peru State College and went on to earn a Master’s Degree in Art from Pittsburg State University. Alan taught school for several years in Schaller, Iowa where many of his students said he was the best teacher ever. He then moved to Alda, NE where he purchased an old bank that he fixed up to live in and use as his Art Studio.

Alan worked in several manufacturing plants in the Grand Island area.  He had a farm near Humboldt where he deer hunted for 20 years and rented out the pasture in the spring and summer. He told everyone that his one or two deer a year were worth a lot of money. Alan retired to be near his farm four years ago where he enjoyed fishing, working on his art projects, and checking off his bucket list with family. He loved all levels of crossword puzzles and never had to use an eraser or the internet to get answers. Alan was always the life of the party and his witty humor never failed.

Alan is preceded in death by his parents and brother, Neil Burr.

A Celebration of Life will be held at a later date due to COVID.

Memorials are suggested to Southeast Nebraska Cancer Memorial Garden in Humboldt, NE or the “Hearts United For Animals” dog rescue in Auburn,  NE.

To leave an on-line condolence, go to www.bmlfh.com