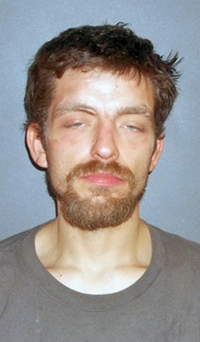 Incarceration as incapacitation is one of the purposes  necessarily a foolproof notion, evidenced — allegedly — by a 27-year-old inmate at the Richardson County Law Enforcement Center.
Inmate Jefrey A. Morley still managed to garner a felony rap while in custody, after a Monday morning fight over the remote control led to a felony charge of assault by a confined person. On the morning of March 6, officials say Morley head butted and punched a fellow inmate, Jacob Lee, over possession of the television clicker. The two men wrestled to the floor and had to be separated by other prisoners. According to Court documents, Morley accused Lee, 25, of instigating the fisticuffs, but review of security camera footage allegedly revealed that Morley was the aggressor, throwing the head butt to start the
Morley is scheduled to appear in Richardson County Court for a preliminary hearing on March 27. Assault by a confined person is a Class III Felony, and is punishable in Nebraska by 1-to-20 years in prison or a fine up to $25,000, or both.
Morley is no stranger to law enforcement. Eight separate cases and 14 individual charges in Richardson County were levied against him in 2016 alone. This is the fourth felony charge in the past calendar year: A March burglary was pled down to criminal mischief in exchange for a guilty plea, and an August case (resulting in charges of using a deadly weapon to commit a felony and making terroristic threats) is still pending. His criminal rap sheet, dating back to 2008, contains 28 separate convictions.