Kenneth E. Winkler, 93, of Lincoln, passed away on Tuesday, Dec. 27, 2016 at his home. He was born and raised in Falls City and graduated from Falls City High School.

Kenneth enlisted in the Marines in 1943 during WWII and served in the Pacific Theatre until his discharge. He married Miriam Weidler in 1947, and moved to Lincoln in 1953. After retiring from the Postal Service, he enjoyed being with family and spending time at his acreage. 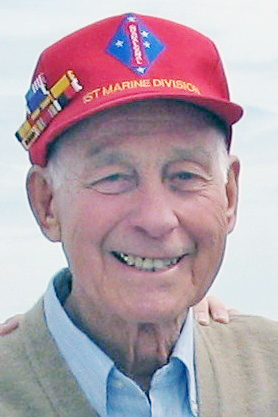 Kenneth was preceded in death by his parents, Causia and Theresa (Vohl) Winkler.

Funeral services were held Saturday, Dec. 31, 2016 at Northeast United Church of Christ, Lincoln, with pastor Melissa Finlaw-Draper officiating. Interment will be at a later date at Fairview Cemetery. In lieu of flowers, memorials are suggested to the church. Butherus, Maser & Love Funeral Home, Lincoln, is in charge of arrangements. Online condolences may be left at www.bmlfh.com