Terry was raised at Falls City and attended Falls City Public Schools before enlisting in the U.S. Army. Following his discharge, he returned to Falls City and worked construction at various places throughout the midwest. He also worked at Flairfold Shutter Factory at Hiawatha, KS, and Woodings-Verona in Falls City. In 1994 he moved to Wilber and worked for American Tool at Beatrice and then as a custodian for Crete Elementary School for the past nine years. He retired this year due to his health.

On March 22, 1989 he married Sheila Pilkington at Falls City. 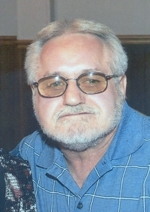 Terry was preceded in death by his parents; brothers, Ronnie and Doug Rue; sisters, Patty Coolen and Karen Schulenberg; and a daughter, Heather Rue Blanton.

Funeral services will be held at 2 p.m. Tuesday, Nov. 29, 2016 at Dorr and Clark Funeral Home, with Rev. Dave Lockard officiating. Interment at Steele Cemetery. Military graveside honors by the Falls City Ceremonial Honor Guard. The family will receive friends from 7-8 p.m. Monday at the funeral home.