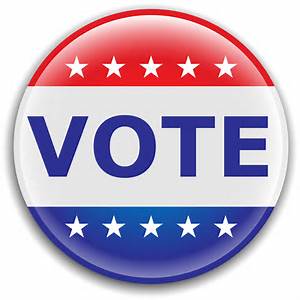 Secretary of State John Gale says he anticipates that a record number of voters will cast ballots in the general election. That said, Gale admits it has been harder this time to predict the percentage of voter turnout.
Voter registration has reached 1,211,449, a new record and 46,000 more than for the 2016 primary.  Gale said that predicting voter turnout has been a trickier process this year, not only due to the large increase in voter registration, but also due to the fact that early voting, while steady, has not been the surge expected.
“Based on what the counties reported recently, approximately 137,000 ballots have been returned by mail or voted in person. That number is certain to go up, but from what we see, many people are still holding onto ballots.”
Mailed ballots must be received by the close of polls on Nov. 8 to be counted. Early in-person voting will conclude on Nov. 7. Gale said it appears that the majority of voting Nebraskans will be sticking with the tradition of going to the polls on Election Day.
“In the 2008 presidential election, 811,923 people voted. In 2012, 804,245 people voted. Voter turnout was 70 percent and 69 percent, respectively,” Gale noted. “However, voter registration was significantly lower in those years. We will need at least 848,000 Nebraskans to vote this year, to reach a turnout of 70 percent.”
In preparation for the upcoming election, county officials recently wrapped up their mock elections. In addition to testing the logic and accuracy of the tabulation equipment, the process gives counties the chance to practice loading election results onto a website managed by the Secretary of State. Two sets of randomly voted fictional ballots are sent to the website by the counties and one set by the vendor.
The numbers are transmitted to the secure website, to make sure the count is being displayed correctly for each candidate and issue on the statewide ballot.
Gale said the mock election went as smoothly as it has for previous elections. It is one step to ensuring the security of the election night reporting process.  “If a machine is not working as it should, this gives the county time to work with the vendor to determine what corrections need to be made.”
Once the polls close on Election Day, election results from the statewide races as well as the total vote on Referendum No. 426 will be published live at: http://www.sos.ne.gov. They will be updated every five minutes.
The website reflects the unofficial results. Gale said the official results of the election are based on paper ballots tabulated by each county and then certified by their canvassing boards.
“That’s another secure feature of the state’s election system. It’s impossible to alter all of the statewide and local results, because they are tabulated and transmitted by the counties individually. They are not linked in any way.”
Polls will close at 8 p.m. Sample ballots are available for viewing under the “Elections” tab at www.sos.ne.gov