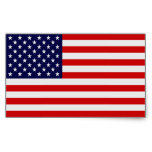 The Nov. 11 Celebration for Veterans Day 2016 in Falls City will begin in the Falls City High School gym, with an 11 a.m. Friday program and speech by retired Army Colonel and Vietnam War veteran Dr. Charles “Chick” James Jr.
Dr. James grew up in Falls City, graduating from FCHS in 1963, and has practiced dentistry at his 2107 Stone Street office for nearly four decades. He’s a Falls Citian if there ever was one, but well-traveled at the same time. After high school but preceding dental school, starting a family and returning home to practice, Col. James served his country in a foreign land poles apart — quite figuratively and literally — from Falls City, Nebraska: Indochina. In the Vietnam War, fresh-faced American boys fought an unseen foe that employed unorthodox guerrilla tactics in the thick of relentless jungles and hostile deltas previously explored by only the Vietnamese who lived there. A generation of U.S. troops either came of age or met an untimely end during the prolonged fight; Col. James was one of the lucky ones. Twenty-seven of his U.S. Military Academy classmates didn’t come home.
He was accepted into West Point, NY, and commissioned in 1968, moving to Ft. Benning, GA, for the grueling nine-week Ranger School, as well as Airborne Training. He landed in Vietnam in July 1970.
“By the time we were sophomores (at West Point), we knew that as soon as we graduated, we were headed for Vietnam. That was it – war was on. We were trained for it and we were doing our job,” he said during a Journal interview in 2013.
“You could tell just by looking at somebody if they were new in Vietnam,” James said. “In a very short amount of time, you could see it in their eyes. War changes you. I came back with a higher level of maturity and an attitude of ‘how hard can it be (after surviving Vietnam)? I was glad to be going home in one piece,” he said.
In Vietnam, then-Cpt. James was Commanding Officer of his Field Artillery Unit stationed in western Vietnam, close to the Cambodian border. The unit lost zero men, “which was very fortunate,” and James earned a Vietnam Service Medal with two Bronze SVC Stars and A Vietnam Campaign Medal with 60 Device. James got out of the military in 1978 but re-enlisted with the Reserves in Ft. Riley, KS, about 10 years later. He made Major in 1994, Lt. Colonel in 1998 and Colonel in 2001. He retired in 2005.
FC High School will host Dr. James and all local veterans and their spouses prior to the program, at 10 a.m., with rolls and coffee in the commons area.
Veterans Day activities will continue in the afternoon, with a parade down Stone Street at 1:30 p.m. In the evening, all veterans and their spouses are invited to attend a dinner at 6 p.m. at the First United Methodist Church, 17th and Harlan Sts. Please enter the church through the south alley door. A free will donation is requested.
Flags will be flown around the Courthouse square to honor veterans both deceased and living. Please join the VFW and VFW Auxiliary in honoring Dr. James and all our local veterans this year.