Larry grew up in Humboldt, attending grade school in Table Rock and later Humboldt High School. He served in the National Guard Co. B 2nd 134th Infantry until being honorably discharged on May 11, 1999.

On June 13, 1988, Larry was united in marriage to Margaret Collins in Hiawatha, KS.

Larry worked as a mechanic for Sterling Wittwer at John Deere Implement Co. in Humboldt for many years. He had been working for New Tech Construction until he became ill. Larry was a member of the International Union of Operators Engineers Local #571. 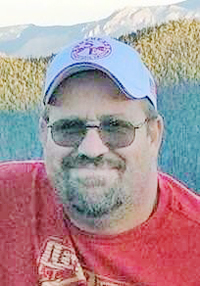 A Celebration of Life Service will be held at 10:30 a.m. Friday, Oct. 7, 2016, at the Good News Assembly of God Church in FC. with Pastor Dan Farley officiating. A register book will be available to sign from 9 a.m.-8 p.m. on Thursday, Oct. 6. at the Hall Funeral Chapel in FC. Full military honors will be conducted by the Falls City Ceremonial Honor Guard. Memorial contributions may be given to the family’s choice with a later designation.