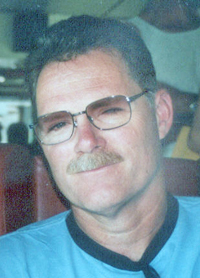 David Michael Bird, 59, of Falls City, passed away Wednesday, Sept. 28, 2016 at Lincoln. He was born Aug. 12, 1957 at Offutt Air Force Base in Bellevue to Betty (Bolejack) Bird and the late Kenneth Bird.
Mike was raised at Falls City and graduated from FC Sacred Heart in 1975. After graduating, he then earned a Bachelor’s Degree in math with a teaching endorsement from Peru State College. While attending Peru he played football and then became the team’s photographer. After graduating, he worked at Woodings in Falls City until he attended Missouri Western and earned a Bachelor’s Degree in electrical engineering. He started working at Cooper Nuclear Station in 1991 and served in several capacities over the last 25 years and was an Instrument and Control Planner at the time of his death.
He married Carla Howard on July 5, 1997 at Falls City. They were later divorced.
Mike is survived by his son, Nathan, of Falls City; step-children, Terry (Sara) Howard, of Falls City, Ashley (Kody) Salsman, of Lincoln, and Jenna (Ryan) Schultz, of Tecumseh; mother, Betty Bird, of Falls City; brothers, Stephen Bird, of Falls City, and Daniel (Kathie) Bird, of Omaha; sister, Susan (Bob) Carpenter, of Falls City; half-brother, Rusty Bird, of Laramie, WY; and six step-grandsons.
He was preceded in death by his father.
A Mass of Christian Burial will be held at 10:30 a.m. Monday, Oct. 3, 2016 at Sts. Peter and Paul Catholic Church, with Fr. Thomas Dunavan as the presiding priest. Interment will follow at the Falls City Catholic Cemetery.
A Parish Rosary will be recited at 7 p.m. Sunday at Dorr and Clark Funeral Home. The family will greet friends following the Rosary.