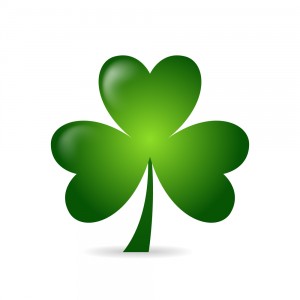 The Class D2 defending State Champion and current No. 1 Falls City Sacred Heart Lady Irish won the MUDECAS girls basketball “A” Division championship with another dominating performance over second-ranked Sterling Friday night at Beatrice’s City Auditorium, taking a 43-29 victory over the Jets.
Sacred Heart, now 13-1, repeated as tournament champions and now prepare for the final month of the regular season before cranking it up another notch in an effort to defend their D2 title. They are primed to do it, obviously. FCSH cruised through MUDECAS, winning every game comfortably.
After dispatching of HTRS handily in the opening round Monday, the Lady Irish earned a 37-25 semifinal victory over BDS Thursday afternoon to advance. Possessions were ultra-valuable to both teams; they combined for 60 shot attempts. FCSH didn’t shoot particularly well, but only allowed BDS to fire up 25 total field goal attempts, so they didn’t need to light up the scoreboard to win. The Irish were ahead 10-3 after one period and 22-9 at halftime and it was never in doubt.
All-Stater Maggie Goltz scored 11 points, grabbed seven rebounds and blocked three shots in leading her team to the final. Haylee Heits returned from a hamstring injury and the team owned a 25-13 rebounding edge over BDS. Jade Hill pulled down five boards and Abby Fiegener had four. Sara Wertenberger and Alexis Barnes each scored seven points in the win.
In the championship, Heits erupted for 12 points and seven rebounds as FCSH crushed the Jets in the paint. The Lady Irish didn’t attempt a single three-point goal, cleaned the glass to the tune of 25-17 and sent Sterling, which has only lost to one team on two separate occasions this winter, to the stripe a grand total of seven times. Goltz, with Barnes an All-Tourney Team selection, was 4-for-5 from the floor and 2-for-2 at the line and scored 10 points, while Lauren Parrish helped FCSH with eight points, four boards and three assists. Hill dished out four assists and grabbed five rebounds, while Wertenberger pulled down six rebounds. Hill, Heits and Jena Fink of HTRS earned Honorable Mention. Rounding out the First Team were Sterling’s Taylor Cockerill and Ericka Goracke, and Madison Jurgens of Diller-Odell.
The Lady Irish are back in action tonight at Rock Port, MO, and host Pawnee City Friday at Prichard Auditorium.
The Irish guys posted a 49-41 first round win over HTRS Tuesday afternoon, but faltered in their final two appearances, losing 53-34 in the semis to Freeman and then losing 55-39 to NC Lourdes Saturday in the consolation game. Sacred Heart is 8-5 and, like the girls, travels to Rock Port tonight and hosts Pawnee City Friday.  Both should provide opportunities for the Irish boys to recapture wins, as well as some swagger.
The week started alright, as Henry Arnold, who earned All-Tourney Team honorable mention, scored 14 and grabbed 11 rebounds in the win over HTRS. Ten of his points came in the second half, as the Irish slowly pulled away. Bailey Witt was an efficient 4-for-7 from the floor and a perfect 3-for-3 at the line, including two key free throws in the fourth quarter. Noah Keller drained a three and scored eight points for the Irish, while Eli Herr made three of his six three-point attempts and scored 13 team-high points for the now 7-6 Titans. Nolan Schafer added 12 points for HTRS, which after the loss was off until Saturday, where they lost to a good Johnson County Central team, 63-45.
Thursday, Sacred Heart got down 14 to Freeman in the opening period (17-3) and never recovered. It was 32-11 Freeman at halftime. The Falcons, who upended the Irish on a buzzer-beater in the holiday tournament, had hot hands from Tyler Adams (16p points) and Calan Sedlacek (13 points), while Irish Coach Doug Goltz emptied his bench, playing all 12 of his players. Bryant Jorn scored seven points and grabbed nine rebounds to lead FCSH. FCSH was 2-for-13 from three-point land and 13-of-36 overall from the floor and had nearly twice as many turnovers (25) as made buckets (13). The Falcons fell to 11-4 Saturday, losing to BDS in the championship, 53-36.
Saturday, another frigid start doomed Sacred Heart in a 55-39 loss to NC Lourdes. The Irish scored four points in the opening quarter and found themselves trailing 24-16 at half. The Knights pulled away with a 16-point fourth quarter, as Hayden Miller scored seven of his 16 points in the frame. Julius Sakinis, one of two 6-8 seniors manning the posts for 10-4 Lourdes, led all scorers with 17 points.
Henry Arnold missed just two shots the entire second half and finished with 16 points and 12 rebounds, while Jorn held his own with the Knights twin towers, scoring 14 to go with six rebounds. Each player also blocked a shot.
Again, FCSH failed to take care of the ball, committing 24 turnovers (to NCL’s 11).