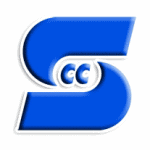 As part of its Five Year Strategic Plan that went into effect this month, the administration of Southeast Community College is planning to develop education and training sites in several new locations and the Falls City area is under consideration for such a learning center according to an article published last Friday in the Lincoln Journal-Star.
A delegation from the EDGE Tri-State Labor Basin Committee last week delivered to SCC President Dr. Paul Illich a binder containing more than 200 letters of support from the general public and Resolutions of Support for such an Outreach Program from the Board of Richardson County Commissioners, the cities of Falls City and Humboldt, the Villages of Salem and Verdon, the Falls City Public and Humboldt-Table Rock-Steinauer Boards of Education, EDGE Board of Directors, and the FC Lions Club, a long-time sponsor of scholarships for students pursuing post high school vocational and nursing training. Meeting with Dr. Illich were Committee Chairman Charlie Radatz, FC Mayor Jerry Oliver and EDGE Executive Director Beckie Cromer.
In his meeting with the EDGE committee representatives, and at the SCC Board of Governors meeting the following day, Dr. Illich identified six sample sites, saying they represent an opportunity for SCC to reach nearly 1.9 million people in Nebraska, Iowa, Missouri, and Kansas.  Communities identified by the SCC administrator as sample locations for the planned learning centers besides Falls City include Wahoo, Plattsmouth, Nebraska City, York and Hebron.
A location in Wahoo would represent a 30-mile drive for as many as 920,000 people, followed by one in Plattsmouth (800,000), Nebraska City (76,000), York (50,000), Falls City (46,000) and Hebron (22,000).
“We started with the simple notion that we want to put these centers in places where they can impact the most people,” Illich said.
The Board of Governors has set aside $1 million to staff, equip, lease, and renovate spaces to meet the needs of the college, but some towns have offered room for free. No site has yet been selected. A committee over the next several months will consider cities’ offers against what the data says would be the most advantageous locations.
In a “Sez I” printed in The Journal last spring, Radatz stressed that SCC campuses are located 70, 90 and 120 miles from Falls City, making it “impractical for those already employed to commute to classes (at SCC).”
Radatz also noted that of 1,770 recent SCC graduates, only eight took jobs in Richardson County.
“SCC receives $2.8 million in property taxes from the four counties in Southeast Nebraska,” he added.
Dr. Illich said that SCC will be operating the learning centers, complete with classrooms, computer labs, and office space by as early as December and as late as spring 2016. The Journal-Star reported SCC will create permanent locations for seven part-time area coordinators and five or six full-time training directors who schedule customized training programs for business and industry.
“We want to put a center where it makes the most sense,” Illich said.
The Tri-State Labor Basin Committee, besides Oliver, Cromer and Radatz, includes District 56 FCPS School Supt. Tim Heckenlively, WASP Plant Manager Jerry Koopman, Airlanco Human Relations Director Katie Youngquist, Community Medical Center CEO Ryan Larsen, Falls City Healthcare Community Administrator Valerie Buckminster, and retired RN Doris Erickson. It began its work in August 2014 studying the need for workforce training to prepare members of the labor force for existing and anticipated future job opportunities.
The Committee invited Dr. Illich to Falls City to tour local industries and exchange ideas about worker training. Subsequently the group participated in a listening session sponsored by SCC at FCHS and in an online survey both intended to obtain input as SCC prepared its Five Year Strategic Plan that was adopted in April 2015.
The Committee told SCC staff that many of those with community college training employed in manufacturing today receive wages and benefits comparable to and sometimes greater than their counterparts who have completed four year college degree programs, but the cost of their community college education was much less. They reported that SCC placement reports showed that few Falls City area students return to the area following completion of their certificate, degree, and diploma programs resulting in a net out-migration of young people. They reported that the unemployed and underemployed found the cost and time required made it impractical for them to commute to SCC campuses 70, 90, and 120 miles from Falls City to take classes.
The Committee proposed SCC develop an Outreach Program to provide community-based workforce training.
Last April, the EDGE committee sought public support for such an Outreach Program. An open letter was published in the Falls City Journal and Committee representatives appeared on local radio programs to encourage the general public to write letters of support for such workforce training. Local governmental and other organizations were asked for their support and the results were the letters and resolutions presented to Dr. Illich last Monday. The Committee continues to receive such letters and resolutions of support at the EDGE office, 1705 Stone St., Falls City, NE 68355.