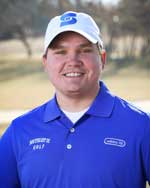 The Nebraska men’s golf team announced the addition of 2011 Humboldt-TR-S graduate and Table Rock native Calvin Freeman on Thursday after he signed his national letter of intent for the Huskers.

“He is a strong player with a tremendous work ethic,” head coach Bill Spangler said. “He has improved greatly the last few years. We look forward to Calvin having an immediate impact here.”

Freeman is finishing up his second season at Southeast Community College under the direction of head coach Bill Campbell.

“This is a really good thing for Calvin, UNL and SCC,” Campbell said. “I look for Calvin to be a great husker”

Last week, Freeman and the SCC team combined for a 36-hole team score of 570 to win the team title at the Region IX National Junior College Championships in Sterling, Colorado. The event was shortened from 54 holes to 36 due to the weather.

Freeman, who entered the event as the Region IX defending champion, finished second with a total of 142, six shots behind teammate Liam Chambers.

SCC had the top four individual scores and their team total was 55 shots better than second place. SCC now advances to the National Tournament May 21-24 at Goose Pond Colony Golf Club in Scottsboro, AL.

Freeman finished in the top 10 of the state tournament all four years while at HTRS. At the weather-shortened Class C Championship in 2011, he fired a 72 before losing in a playoff to finish second. Freeman took runner-up honors in 2010 as well, where he shot 144 over two rounds at Kearney Country Club. Freeman finished 10th in both 2009 and 2008, competing at Meadowlark Hills and Kearney Country Club, respectively.