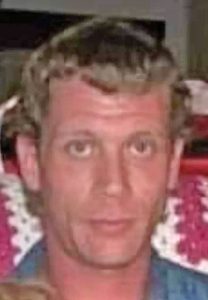 Kevin Lee Foster, age 46 unexpectedly left his loving family on September 27, 2022.  Kevin was born November 24, 1975 in Missouri to Linda Volz and Kevin Lytle.  He was lovingly adopted by Marvelle and Gary Foster.
Kevin was an over the road truck driver with half a million miles under his belt in seven years of driving.  He then moved on to CNA where he loved working in nursing homes and loved taking care of his residents even while wearing pink scrubs cause real men wear pink.  He then moved on to painting and remodeling where he excelled and started running his own crew for A+ Bros. Painting and more.  He loved fast cars, fast motorcycles, fast boats anything fast and an adrenaline rush.  He also loved to go gravel roading while listening to Bob Seger and then come home and see how big of a pallet fire he could get going.  He loved to be surrounded by family and friends.  He loved being a father.
Kevin married his high school sweetheart Rachel Kelley and in 13 years they had two beautiful children a son Jarred (better known as bub) and a daughter Jocelyn (better known as sissy).  Kevin later married the love of his life Yolanda on 11-12-13 (so there were no excuses to forget their anniversary).  They had a son Shane (aka Jr.)
Kevin is survived by his loving wife Yolanda, stepson Andrew (Ana); son Jarred (Camie); daughter Jocelyn (Allen); son Shane (jr.); daughters Nevaeh, Autumn and son Austin. Grandson Ian and granddaughters, Addison and Peyton; sister Heather, his adopted brother Duane (Theresa), nieces, nephews and many family and friends.   He was preceeded in death by his father Gary Foster, his mother Marvelle Foster, his father in law Nelson Hicks and step daughter Brittany.
God Bless the Broken Road….until we meet again….