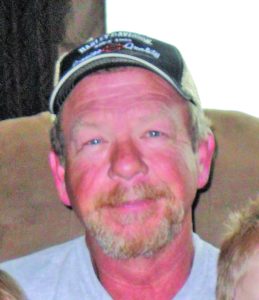 Wesley (Wes) Willard Fritsch, 65, rural Stella,  passed away July 4, 2022, at the Bryan LGH Medical Center West in Lincoln, Nebraska.  He was born on November 24, 1956, in Auburn, Nebraska to Willard and Elnora (Nolte) Fritsch.

Wes graduated in 1975 from Southeast Nebraska Consolidated High School and later graduated from Southeast Community College, Milford Campus, Technical Trades. He worked for Duncan Aviation, and later in life, trained and was certified as a Radiation Technician working the eastern United States for Nuclear Power Plant Outages. He earned the rank of Senior Rad Tech before his retirement. After he retired from the nuclear industry, he worked at the Humboldt Standard Newspaper in Humboldt, Nebraska.

He will be remembered by family and friends as a “tinker” and always “inventing” a better system for work around the farm.

Wes enjoyed camping, his motorcycle, thunderstorms, and most recently, restoring his 1954 Chevrolet pickup , showing his “progress” photos to hospital nurses and technicians in his last days.

His huge heart was evident in the many friends he made.

Wes is preceded in death by his parents.

A private family service will be held at a later date.