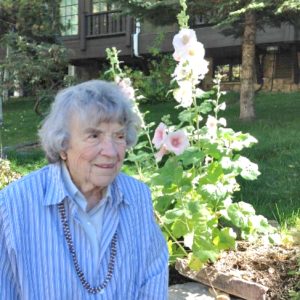 Ilene worked for the Denver Public Schools. She earned a master’s degree in education from the University of Denver. She taught kindergarten in inner city schools and spent a number of years as a teacher on special assignment for the development of full day kindergarten programs. Her student’s development, well-being and education were at the forefront of her teaching. She had numerous close and loyal friends at DPS.

She was a founding member of Queen of Peace Catholic Church in Aurora, Colorado in the mid-60’s.

Genealogy was one of her lifetime hobbies. Through her research she found relatives in Germany and Luxembourg. Ilene and Boyd traveled to meet them and they corresponded until Ilene’s passing.

Ilene enjoyed history and art. She was a volunteer at the Colorado Historical Society and was a member of several art museums. She visited numerous museums in the U.S. and Europe.

She was a member of the P.E.O. Sisterhood. An avid supporter of their educational projects, she always looked forward to the monthly meetings with other sisters.

She also enjoyed nature and the outdoors. She camped and four-wheeled throughout the Rocky Mountains and was helicoptered off Longs Peak following a fall on the descent. She was also a home nurse to her husband Boyd during the last two years of his life. He died in 1992.

Burial will be at Ft. Logan National Cemetery, Denver, Colorado.

In lieu of flowers please consider a donation to History Colorado or a charity of your choice.