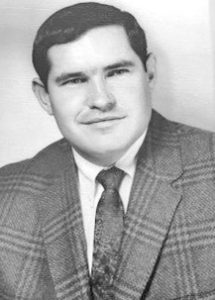 William Andrew (Bill) Browne Jr. passed away Wednesday, May 4, 2022, at his apartment at The Windcrest on Van Dorn in Lincoln. He was 83.

Bill was born March 3, 1939, at his family’s home on Main Street in Salem, Nebraska, to William Andrew Browne Sr. and Norma Easter Lila Wickham Browne. He grew up playing every sport available to him, and he especially enjoyed fishing for catfish and carp with his father.

In high school, Bill starred in football, basketball and track for Salem High School’s Bobcats, playing quarterback on the football team and leading the basketball team in scoring. In the summer, he played baseball for the Falls City Legion team. He graduated in 1956.

Bill graduated from NWU in 1960 with a degree in business.

Bill never gave up sports, and he was a star performer on Woodman Accident and Life’s softball, basketball and bowling teams. In addition, he played AAA fast-pitch softball at Ballard Field, and he played basketball and softball for Faith Lutheran, where he served as an elder. Fishing remained a lifelong sport that he enjoyed until his passing.

Bill was preceded in death by Elaine, who passed on Nov. 12, 2021; his parents, and his half-sister, Norma Jean Wittwer Lock Adams. He is survived by his daughter, Cindy Schmidt, and her husband, Michael Schmidt, of Lincoln; and his son, Jeff, and his wife, Susannah Neal of Iowa City, Iowa.