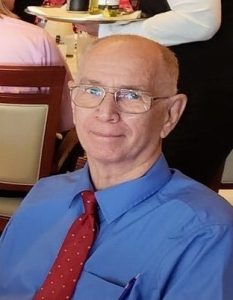 At the early age of 11 Don started carrying the Falls City Journal. He graduated from Falls City High School in 1959 and then went to work at the Falls City Journal and then continued his newspaper career at the Hiawatha World until he enlisted in the United States Air Force in 1962. He spent one year stationed in Duluth, MN and the following three years in Hawaii. He was honorably discharged in 1966 and then returned to work at the Hiawatha World for the next several years until he later retired. He then worked for a few years at the Sabetha Herald and then went back to the Hiawatha World before retiring again. He had many hobbies that included traveling, fishing, woodworking, gardening, mushroom hunting and bowling.

Don is survived by his sisters, Pat Scott of Horton, KS, Shirley Dodds of Falls City, twin brother, Ronald and his wife Carol of Falls City, nieces, nephews, cousins and friends. He was preceded in death by his parents and a stillborn sister, Lestina.

The family will receive friends on Wednesday from 7-8:0 PM at Dorr and Clark Funeral Home.