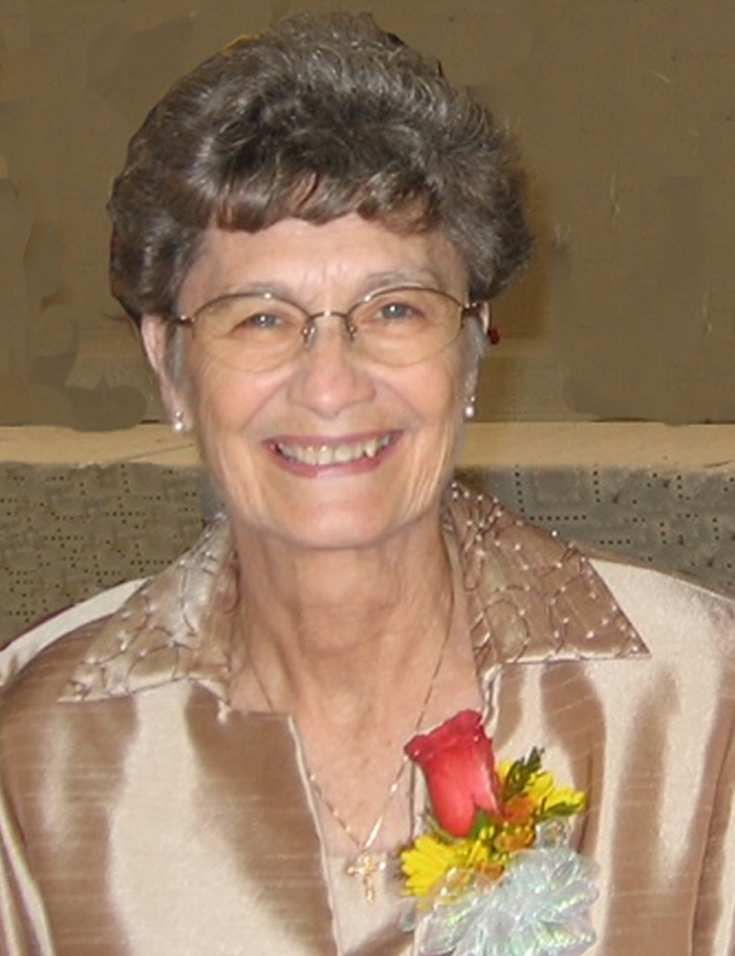 Rosita Ann Bartling Kreifels was born on May 20, 1935, in Unadilla, Nebraska to Herman and Rose (Stubbendick) Bartling. She graduated from Otoe County Schools in 1949 and then from Lincoln School of Commerce in 1954. She was married to Mark Kreifels on April 20, 1955, in Lincoln Nebraska where they made their home. Mark and Rosita had a double wedding ceremony with his twin brother Marvin (Skip) and wife Pat Kreifels. Pat and Rosita were best friends, so this wedding held lots of joy for everyone! Mark and Rosie had four children.

The family moved to Nebraska City where they lived for a short time and then to Falls City in 1965 where Mark built their home and where Rosita resided until 2014.

Rosie, as she was affectionally called, was a member of Sts. Peter and Paul Catholic Church, Catholic Daughters, Member of the Altar Society, and Beta Sigma Phi Sorority. She was a Project Response volunteer, a crisis organization that was very near and dear to her heart. There were many times when calls came in the middle of the night and she would help frightened mothers and their children find safety.

Rosie was a hard worker – having worked at Armbruster Motor Company, Safeway, Southeast Nebraska Telephone Company, Merz Farm Equipment, Richardson County Clerk’s Office, and Richardson County Sheriff’s Office where she, of course, tried to counsel inmates to lead them to a better life.

She worked tirelessly yet found time to volunteer at Sacred Heart School where her children attended. She was always willing to lend a helping hand and she will be remembered fondly for her constant smile. Rosie and Mark hosted many exchange students and are friends with their families even to this day.

Preceeded in death by her husband, Mark, April 30, 2011, her parents, Herman and Rose, and many in-laws and out-laws.

A Parish Rosary will be recited on Sunday, 4:00 PM at Dorr and Clark Funeral Home. The family will greet friends following the rosary.

A Mass of Christian Curial will be held on Monday, April 11, 2022 at 10:30 AM at Immaculate Conception Catholic Church at Rulo with Father Lawrence Stoley as the presiding priest. Interment will be in Falls City Catholic Cemetery.

In lieu of flowers, memorials are suggested to Project Response, Auburn, Nebraska.