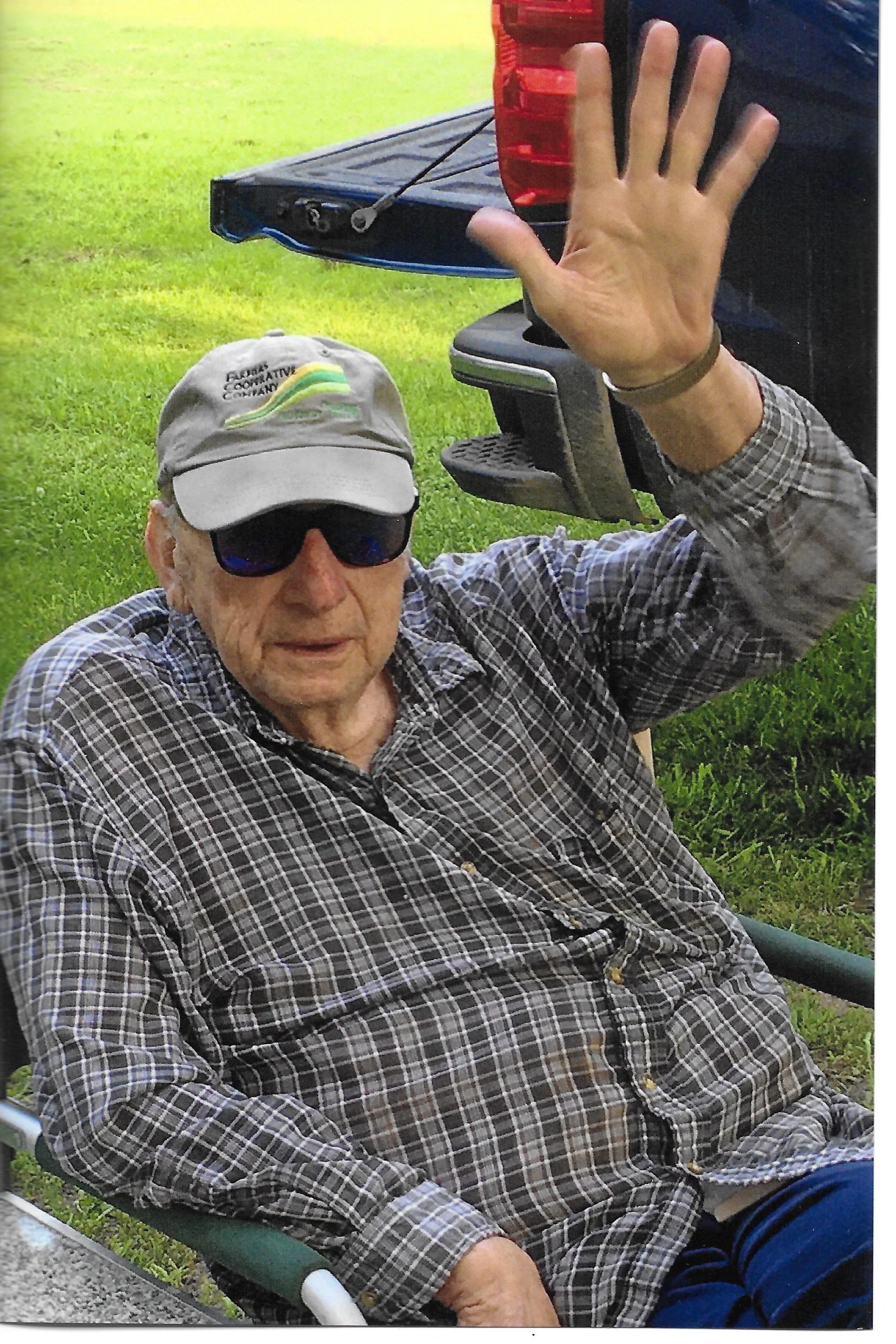 Gerald “Jiggs” Allen Roe, 83, of Humboldt, Nebraska was born on June 8, 1938 in a small farmhouse on the Richardson/Nemaha County line to Ruth (Wilson) and Elbert “Bud” Roe of Humboldt, Nebraska.  Jiggs graduated from Humboldt High School in 1956 and during his high school years, he participated in football, basketball, and track.  Jiggs excelled in sports and was always known for being a very good athlete.  He spent his summers helping local farmers as a farmhand.  Jiggs joined the United States Navy on June 5, 1956 with buddies Jim Bobbett, Emil Horalek, and Ronnie Peterson on the “Kiddie Cruise”.  After boot camp, Jiggs went to Long Beach, California and boarded the Roanoke (CL145) where he was the quartermaster for the ship.  He toured the Western Pacific, including Sydney, Australia, Hawaii, Hong Kong, Okinawa, Buckner Bay, the Philippines, and Korea.  During his service, he crossed the equator, earning the title of shellback. While on leave, a mutual friend, Rita, introduced him to a young, pretty lady named Janet.  He fell in love with her that night and they dated for 16 months.  On March 5, 1960, Jiggs was united in marriage to Janet Kay Fossum.  To this union five children, Michael, Gary, Bryan, Angela and Kelly were born.

Jiggs enjoyed many years of coaching his young sons in Little League Baseball and Pop Warner football.  Many nights were spent enjoying sports.  On October 1, 1959, he started his career at General Motors in Southgate, California.  In 1983, Jiggs transferred to the GM plant in Oklahoma City where he worked until he retired on October 1, 1989 after 30 years of service.

In 1993, Jiggs and Janet moved back to his hometown of Humboldt, Nebraska.  Eventually all five of their children followed and he has enjoyed his retirement hunting, fishing, and watching his grandchildren grow up.  One of Jiggs’ most memorable moments was playing a basketball game in Humboldt, against the 1995 Nebraska Cornhuskers football team. It was an honor to guard Barron Miles the All American from UNL.  Jiggs made a 3-pointer from the corner, which is pretty good for a 57-year-old man.  Another was in 1973 when he played a basketball game against the Los Angeles Rams football team and scored 15 points! Throughout his lifetime, Jiggs enjoyed watching basketball and football on TV with his kids and grandson.

Prior to COVID, Jiggs enjoyed grocery shopping or simply driving down the country roads.  He never met a stranger and loved telling jokes and stories. Jiggs loved his wife and family dearly and treasured every moment spent together.

Jiggs passed away on Thursday, February 24, 2022 in his home in Humboldt.

He was preceded in death by his parents, beloved wife Janet, five grandchildren, two brothers, one sister, two brothers-in-law and one sister-in-law.

A Celebration of Jiggs and Janet’s life will be held at 2:00 p.m. on Saturday, March 5, 2022, at the Humboldt Auditorium in Humboldt, Nebraska with Pastor Tim Llewellyn officiating. A livestream broadcast of services will be available on our Wherry Mortuary/Wherry Monument Facebook page.

Inurnment will follow services at the Humboldt Cemetery with military honors conducted by the Harvey-Mann Legion Post #269 and U.S. Naval Honor Guard.