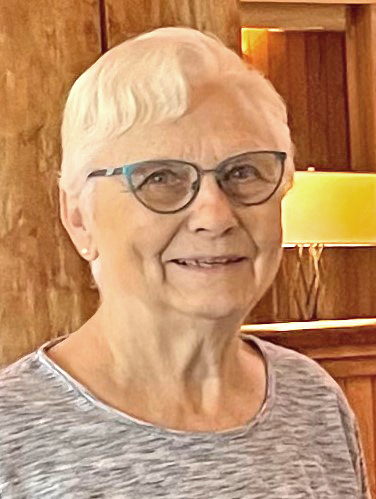 Gail Genene (Ankrom) Masonbrink, 82, of rural Humboldt, Nebraska was born on September 17, 1939, in rural Stella, Nebraska.  She was the first child and only daughter born to Lawrence and Wanda (Hall) Ankrom.  Gail attended grade school at Cloverdale country school and later graduated from Stella High School with the class of 1958.  After receiving a two-year teacher’s degree from Peru State College in 1960, she taught third grade at Cook, Nebraska for two years.  On October 12, 1962, Gail was united in marriage to her classmate and high school sweetheart John Jay Masonbrink at the United Methodist Church in Howe, Nebraska. The couple were married fifty-one and a half years before John’s passing in 2014.

Following John’s Air Force assignments, the couple lived in Gulfport, Mississippi, Blytheville, Arkansas and the island of Guam.  While living on Guam, Gail taught third grade for two years.  After returning home to Nebraska, Gail earned her Master’s Degree in Education and taught in the Falls City public school for many years until her retirement.  Gail and John were big supporters of the Brownville Village Theatre, the Brownville Concert Series and many of the events and activities in Brownville.

Gail passed away on Sunday, February 6, 2022, at the Nemaha County Hospital in Auburn, Nebraska having reached the earthly age of 82 years, 4 months and 20 days.

She was preceded in death by her parents, husband John in 2014, brothers Denny and Lynn Ankrom and brother-in-law Clarence Krofta.

Graveside Services will be held at 10:30 a.m. on Friday, February 11, 2022, at the Bedford Cemetery in Howe, Nebraska with Wayne Shafer and Ted Harshbarger officiating.

In lieu of flowers, the family asks that memorials may be given to the Brownville Village Theatre, Stella Garden Club or the Stella Library.

Condolences can be shared online at www.wherrymortuary.com. Services were entrusted to Wherry Mortuary, Humboldt, Nebraska.