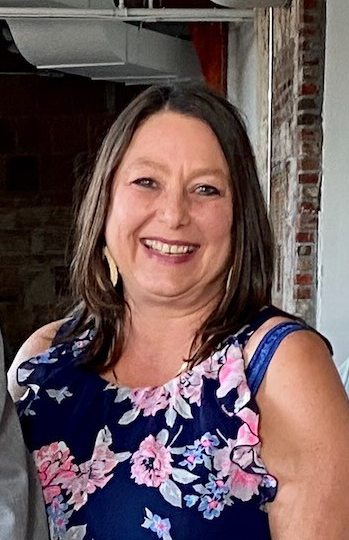 Pam attended grade school in Falls City, junior high in Gladston, MO and graduated from Craig RIII in 1983. In 1985, she married David Holle at Falls City.  From this union came her greatest joy, daughter Amber. While married, the family made their home in Reserve, KS on the family farm where Pam kept the operation going with her delicious cooking and her expert grain cart driving skills. She later worked at Farm Bureau and Morrill and Janes Bank in Hiawatha and most recently was the Assistant Vice President at F&M Bank in Falls City.

Pam will be remembered for her huge heart.  She enjoyed volunteering and especially helping with local benefits.  Pam was a member of the Rulo Boat Club and delighted in boating and spending time outdoors. She loved her Rulo family and their concert trips and recent Mexico vacation. She was also involved in the Falls City Elks Lodge, Jaycees, had served on the Falls City Chamber Board, and any other events her daughter could rope her into.

She was preceded in death by her father and grandparents.

Her funeral will be held on Thursday, January 20, 2022 at 10:30 AM at Dorr and Clark Funeral Home with cremation to follow.

The Family will receive friends on Wednesday from 6-8:00 PM at Dorr and Clark Funeral Home

Instead of sending flowers the family prefers memorials be made to Family Choice for later designation.