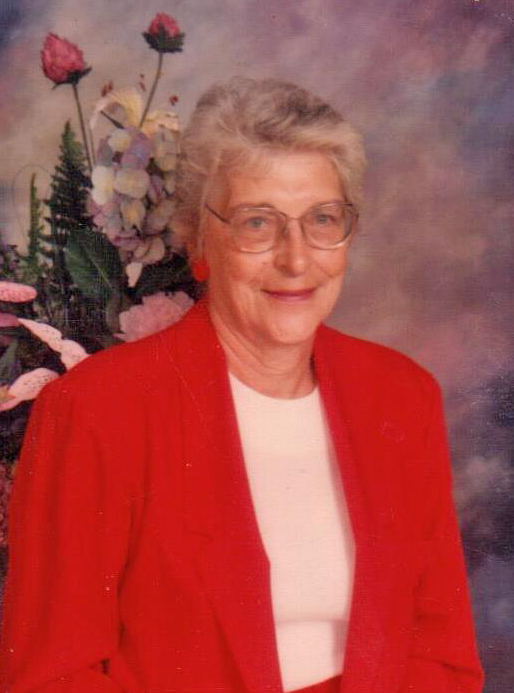 LaVerna E. “Vernie” Greenley, affectionately known to the community as “Mrs. G”, went to be with her LORD and Savior on January 3, 2022.

The daughter of Irvin and Agnes (Mackey) Cornford, was born August 19, 1930 in Falls City, Nebraska. Born and raised on a farm, she loved the farm life helping her father to the farming and chores and anything that had to do with being outside.

She attended Falls City schools, graduating with the class of 1948.

Vernie was a member of the First Christian Church in Falls City for 50 years before transferring her membership to the Rock Port Baptist Church, Rock Port, Missouri.

On September 3, 1950, Vernie was united in marriage to Warren Lee Mullins, Jr., in Falls City. They became the parents of three children; Paula Renee, Roderick Lee, and Maria Danette. They later divorced.

On August 20, 1973, Vernie was united in marriage to Ned Greenley and together they called Rock Port home. Ned passed away on February 4, 1990.

Ned and Vernie operated the well-known Coach House restaurant in Rock Port before embarking on other restaurant endeavors. Upon returning to Rock Port they opened Mrs. G’s. They were well known for their delicious prime rib, country fried chicken, salad bar, and the Mexican and Chinese buffets. After Ned’s passing, Vernie continued cooking and catering to parties. In 2003, Mrs. G hung up her apron and retried from the food industry.

Vernie had a deep passion for animals especially cattle and horses. As a young girl, she showed cattle in 4-H and thoroughly enjoyed the time she spent in the saddle riding her dad’s work horses. She could often be found helping Paula care for her horses.

Past memberships include Order of Eastern Star, American Legion Auxiliary, and BPO Does.